Can London really cope with the technology issues an Olympics will bring, and will it really be at risk from a terrorist cyber attack? 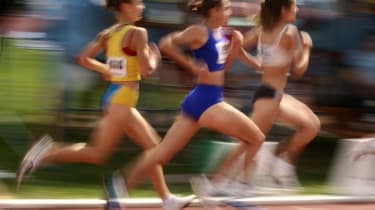 He said there were many issues that the London Olympics needed to deal with to avoid it becoming another fiasco in the same light as the Millennium Dome in 2000.

Blunkett described how people queued for hours in the cold, many of who were editors and broadcasters, which meant it received a very bad press from the start.

He said there were also issues relating to transport, hotel accommodation and bookings as well as finance, which could be put completely offline with any failure in the communications network.

Blunkett gave an example of the incident a few years ago, where electricity went down on a hot summer's night on the tube.

He said: "Neither the suppliers, the company, the mayor of London or the government could tell anybody for several hours exactly what it was that had happened."

Symantec senior security threat researcher Candid West was not sure that the risks to London were quite so serious as Blunkett claimed.

West said that there would be cyber attacks, but that terrorists would be unlikely to have the motivation for the type of serious attack Blunkett was suggesting.

He said: "I think there will be lots of scams going around, selling false tickets and getting credit card information from people, but that's not really a cyber crime attack."

Of a terrorist disruption he said: "I think that would be possible, but I actually don't think it's going to happen."

West was much more certain that there would be a big spike in spam messages and phishing emails around the time the games were held.

He also believed that web exploits would be a big issue, where criminals took over legitimate websites in order to fool users to give away their private details.

West also said that attacks would be more serious than ones aimed at Beijing: "They will find new methods and invest more time in finding exploits which work.

"They might release Bluetooth worm which spreads from mobile phone to mobile phone which will probably bring down your GSM network."

"The might use a large botnet such as Conficker and redirect it to attack the main Olympic website... It wouldn't bring it to its knees, but it would make it slow and unresponsive."

He said that public and private sector organisations had already experienced malicious attacks due to broadband connectivity, and would be able to cope when the Olympics did come around.