IT PRO readers ponder whether the government should offer funding to Bletchley Park or can it all be remembered through text books? 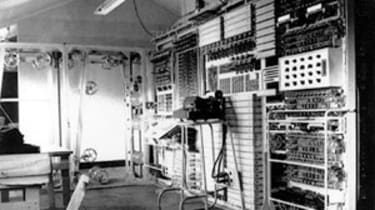 Last week, the government decided not to provide any more funding to Bletchley Park, the site of World War II code breaking heroics.

It is currently going through a period of rebuilding, but until work is complete it faces real hardship.

We asked you in our biweekly newsletter whether you thought the government should be doing everything it can to save a site of such national importance and we had some impassioned responses.

Referring to the computing technology breakthroughs at Bletchley Bob said: "As usual we led the world and threw it away (or gave it away depending on your view point)... if the USA or one of the EEC countries owned Bletchley, it would be promoted and funded as a major attraction. We just let it rot. There are times when I am ashamed to be British."

Phil is of the same mind. "The work at Bletchley Park was of world significance: not to honour it is not only dishonourable but also short-sighted." As was Brian, who noted: "We must campaign, it is every bit as important as the Cabinet War Rooms."

However, not everyone believes that we should be so concerned with saving the actual buildings. As Ian said:"I'm sure I'll be called a philistine for saying so, but as long as the efforts of Turing and his colleagues are preserved in text-books, that's all that matters. I don't feel we have a moral obligation to maintain the estate."

Nicholas had a practical suggestion, believing that Bletchley "cannot simply be a museum. It should be absorbed into a new research and development centre of some kind whether for private or public purposes. I think that many young researchers would be drawn to coming to work at such a prestigious site...it would be inspiring!"

Angela was more cynical concerning the government's reluctance to help. "Perhaps they feel no funding can be spared... after all, they need to secure the future source of their expenses."

John came up with a great idea getting a celeb' to take up Bletchley's cause. "As Joanna Lumley did for the Gurkhas, maybe the BBC and David Attenborough could take up the case of Bletchley Park."