The recession has handed technologies like BPM and SOA the perfect opportunity to prove their worth. 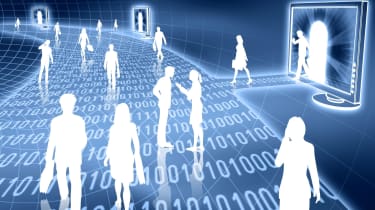 As business look to reduce the impact of the economic downturn,organisations are increasingly turning to process-basedmanagement systems and integration technologies like business process management (BPM) and service oriented architecture (SOA).

In fact, analyst firm Gartner recently said worldwide application infrastructure and middleware (AIM) market revenue increased 6.9per cent in 2008, in spite of the oft-predicted downturn in enterprise IT spending in the face of global recession.

The analyst said integration appliances were the fastest growing AIM segment, with a 44 per cent increase in 2008. This was followed by service oriented architecture (SOA) governance technologies, BPM suites and enterprise service bus (ESB) suites, which all grew at double-digit rates.

Where the value is

Teresa Jones, Gartner senior analyst,pointed to the BPM suite market, which she said demonstrated particular value in a challenging economy. "This value comes partly through enabling process automation that supports cost-cutting initiatives, and by helping companies focus on quickly improving their business processes," she said.

Paolo Malinverno, research vice president at Gartner, added that the AIM market was an important emerging one because "enterprise IT infrastructures are changing from monolithic applications to their individual moving parts with business logic to manage them on top". He said the combination of BPM and SOA particularly were key here, where a few years ago these two technologies were being developed in isolation of each other.

Malinverno said the convergence of BPM and SOA positioned these two technologies and those related AIM ones strongly for enabling process change in the current economic climate. "They are morphing together, where it is a fact that, when you put them together, you can get flexibility and a more process visible way of improving the business in terms of speed, cost and time to market," he told IT PRO.

So a recent survey of senior business people carried out by rules-based BPM provider, Pegasystems found large enterprises were increasingly recognising the need to introduce greater agility into their IT systems if they were to combat the pressures of today's fierce economic downturn. An overwhelming nine out of ten respondents emphasised the value of business process management (BPM) tools in providing the agility essential to achieving both greater internal efficiencies and improved customer service.

"This is very much in line with other recent research, such as the Gartner study last year that identified improving business processes as the number one priority for CIOs worldwide," pointed out Jeremy Payne, Pegasystems marketing director.

A further 92 per cent expected technology investment to slow, as end users try to make the most of what they already have in place. And 88 per cent anticipated greater pressures on achieving rapid return on investment (ROI) on IT investments or projects.

With an emphasis on making do and more rapid ROI, the Pegasystems poll also revealed recognition of the importance of robust business process management in tackling these pressures. A massive 92 per cent said they believed that having a highly agile BPM solution in place would help businesses resist better the pressures of the credit crunch.