HP is a late arrival at the Xeon 5500 party and in this exclusive review we see whether the wait for the new sixth generation ProLiants was worthwhile. 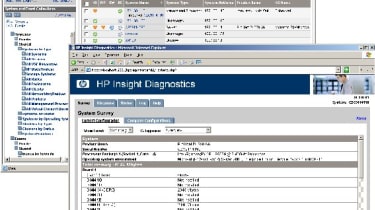 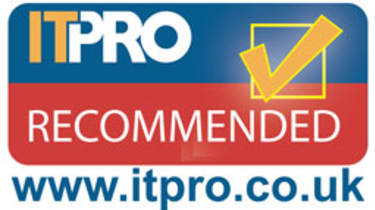 Naturally, the DL380 supports Intel's new 5500 Series processors, which introduce the QPI (quick path interconnect) that replaces the aging FSB with a new high-speed backbone between the processors and the chipset's memory controllers and I/O bus. Hyper-Threading is back and enables each processor to simultaneously run two threads per core. This can power down a core if it isn't being used and pass this spare thermal/power headroom on to the other cores boost their speed.

The 5500 Series also supports triple-channel DDR3 memory and performance improvements can be had by installing them in packs of three per DIMM bank although you don't have to.

Storage capacity for the DL380 goes up massively as the base system has a hot-swap bay, which supports up to eight SFF SAS and SATA hard disks. RAID sees some big improvements with the new embedded P410i controller offering a pair of SAS ports on the motherboard.

The system starts with no extra cache memory and support for stripes and mirrors. The review unit though, included the extra 256MB cache module, which fits in a dedicated slot and adds support for RAID-5. Go for the optional software key and you can bring dual drive redundant RAID-6 into the mix.

A second eight-drive bay can be added at the front and you have two options for connecting it. A SAS expander card attaches to the embedded ports and increases support to 24 drives. It also has an extra 4x mini-SAS port allowing a SAS tape drive to be connected. Alternatively, you can install an extra P410 RAID controller card to support the second bay.