EMC dreams of a virtual world

Will EMC's dreams to virtualise everything and put it in the cloud come true? 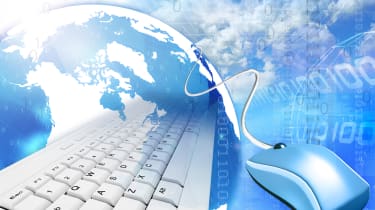 At its world conference last week EMC was pushing the idea of cloud storage, but for the IT industry as a whole the company has a bigger goal. Chief executive Joe Tucci told the conference that the EMC dream was for all systems to become virtualised. Could this dream become a reality?

It is clear that virtualisation is on the rise. Reports from both Gartner and IDC have shown a steep increase in adoption of the technology in recent times.

The benefits of virtualisation, or virtualised storage in EMC's case, is a huge cost reduction as it cuts the need for expensive hardware.

Will everything go virtual?

But will it take over entirely? Rene Millman, senior analyst for Gartner, doesn't seem to think so. He said: "When people talk of everything going virtualised I'm reminded of those people twenty odd years ago prophesying the death of the mainframe, yet that technology is still with us and will continue to be."

"Heterogeneous systems are here to stay; a one-size fits all has never worked, nor will it ever. Everyone's needs are different and so too will the necessity of having physical systems in some infrastructure. Virtualisation will permeate everything but won't replace it."

Still there is no question that there is a change in the air with a strong move towards virtual environments. With the global recession, every business is looking at how to save costs and with power and cooling being one of the highest, along with staffing your data centre, it seems logical to make the virtual move. However, as an EMC storage executive told IT PRO at the conference, the technology is not there yet to virtualise low end devices, so not everything actually can go this way.

There are more technical barriers to overcome as well.

Steve O'Donnell, Managing Director for ESG's European operations, believes full virtualisation is far away. He said: "We can virtualise servers, we can virtualise networks, we can virtualise storage, we can even begin to virtualise other components such as firewalls and load balancers - these are becoming available as guests systems within the compute platform. So in EMC's world there is a monoculture of Windows computers - with a bit of Linux - all with a fairly simple configuration that can be uprooted from their physical past and replanted in a virtual new world, re-plumbed and patched into virtual networks and virtual storage systems."

However, not everything works like that, as O'Donnell points out. He said: "Unfortunately the real data centre is not a monoculture, with mainframe, Solaris, AIX, HP/UX and others making up as much as half the environment. These systems don't easily work as Physical to Virtual conversions and need a significant amount of rework to migrate."