Microsoft has launched its latest assault on the search market with Bing. Is it a worthy opponent for Google at last? 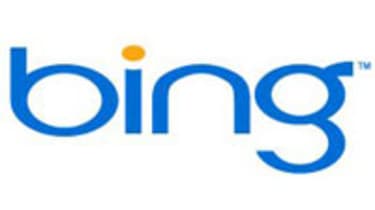 It's got to be a good thing that things are happening in the search market at the moment. Just a few weeks ago Wolfram Alpha was hailed as a potential Google killer, before people calmed down and realised that it wasn't, and it wasn't trying to be.

Last week though, the word started to break that Microsoft was ready to dump its Live Search brand and go with a new engine that was rumoured to be called Bing. Naturally this sounded like a ridiculous name and could therefore be dismissed as rumours, so when it was revealed as in fact being factual, it just goes to show that there's often nothing stranger than the truth.

In fact, Bing isn't really going after Google, it's chasing Yahoo, who is after in second place in the search market. It's actually the third time that Microsoft has rebranded itself going from MSN Search, to Live Search, to Bing, which in naming terms at least, is quite a jump. On first hearing, it's clearly a daft term, but after a morning of so, we were already getting used to it, so as a brand, it could be a grower after all it worked for Nintendo, when it altered Revolution to Wii.

Bing naturally is still in Beta, but is set to take over from Live Search in a few days. As of today, not all of the features have made it to the UK version and the UK specific features are being rolled out in the next six to 12 months.

Go to Bing.com in the UK right now and you'll find a static background, and though it might be using the new Bing search algorithms, it's not too different from Windows Live now. To see a sneak preview of how it's going to look further down the road, click on 'your country' at the top right and select United States English'.

In this version, down the left hand side you'll find a number of categories listed under Explore: Image, Videos, Shopping, News, Maps, and Travel.

The background image is not static, and when you roll over parts of it, a box with some accompanying text will pop up explaining that part of the image along with a related link. These images will change and you'll be able to scroll backwards to previous ones. You will also get a related search in a bar at the bottom of the image, and a list of Popular Now' terms, which is zeitgeisty in a Twitter hash tag kind of way. The new home page is a pleasing alternative to Google's use of customised logo and is certainly engaging.