Gartner report shows the decline in shipment and revenue figures in the server market. 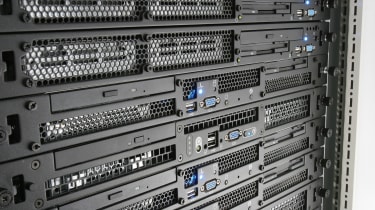 Server sales have yet again fallen short, with a new report showing a massive decline.

Following IDC's report last week, Gartner has released its own figures showing revenue for servers falling by 24 per cent and shipments dropping by 24.2 per cent, the worst year-on-year decline that the industry has ever seen.

Jeffrey Hewitt, research vice president at Gartner, said: "The significant decline that occurred in the fourth quarter of last year has extended into the beginning of this year. While this was not unexpected, the severity of the decline was greater than predicted on a worldwide level."

IBM, HP, Dell, Sun and Fujitsu/Fujitsu Siemens all had significant falls in revenue, with even industry leader IBM suffering a 20.4 per cent drop.

The report said both UNIX and x86 servers were affected across all markets.

IDC predicted a recovery in sales later this year, however. "The outlook for 2009 suggests that it will be a weak year on the whole in the server space, and that from a yearly standpoint, the global server market is unlikely to return to a position of growth until 2010," Hewitt said.