Criminals can get access to the magnetic stripe data and PIN codes necessary to commit fraud. 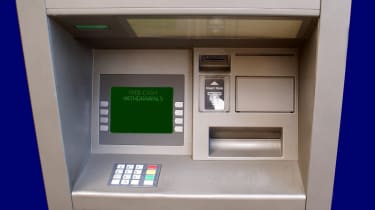 Malware found installed on cash machines can allow an attacker to take full control, according to a security vendor.

The malware allowed an attacker to takeover the ATM through a customised user interface, accessible by inserting controller cards into its card reader.

This allowed an attacker to capture the magnetic stripe data and PIN codes necessary for fraud from the private memory space of transaction-processing applications.

Although the researchers didn't find networking functionality that could send the data to remote locations using the web, it did allow card data to be recorded using the receipt printer or a storage device.

Trustwave has yet to confirm if the attack could spread to the UK, but the report said that all financial institutions should check their ATMs to see if malware was present.

The company also said that it had collected multiple versions of the malware and felt that over time it could evolve and infect a more widespread number of ATMs.

Last year, Network Box claimed that ATMs were now less secure because of changes in the way they operated.

Hackers have also managed to hack into Russian Diebold machines, which supplies ATMs to companies around the world including the Co-operative bank.