Some 85,000 tonnes of CO2 are wasted each year by us leaving our mobile phones plugged in that little bit too long. 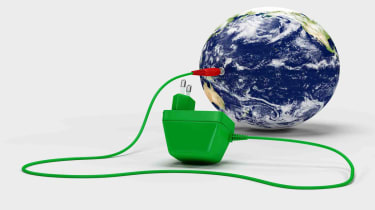 The majority of mobile phone users in the UK are leaving their phones plugged in to charge for much longer than required, causing unnecessary damage to the environment and our bank balances.

So claimed research by comparison site moneysupermarket.com, which reckoned that British mobile fans waste 85,000 tonnes of CO2 each year through handset overcharging. This amounts to almost 40 million a year in electricity costs.

"There have been some great advances in green technology from mobile manufacturers recently but all that goes out the window when people are overcharging mobiles wasting energy and driving up their utility bills," said James Parker, manager of mobiles at moneysupermarket.com, in a statement.

He added: "Many people can't imagine going a day without their mobile meaning they have them almost permanently plugged in. The average phone only takes about 2-3 hours to charge up and overcharging can actually be damaging to the battery life. People should remember to unplug the phone charger when they are done; it will not only be good for the phone's battery life, but good for their wallet too."

Women came out on top as the most environmentally savvy, with just 11 per cent admitting to being guilty of over charging, compared to 15 per cent of men. On average, women charge their devices for 6.8 hours, whereas men opt for 8.5 hours.

However, the youth of today leave a lot to be desired when it comes to having a green conscience. Almost half (49 per cent) of under 20s put their hands up to over charging, plugging in their mobiles, on average, for 7.3 hours each time.