Can Microsoft make a success out of Silverlight?

Just over two years ago, Microsoft launched its entry into the Rich Internet Application (RIA) marketplace. So how has Silverlight fared, and can it really topple Flash? 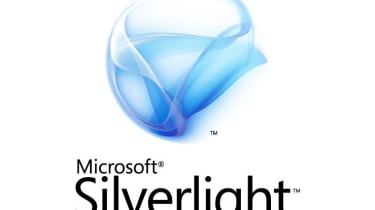 Given the number of partners it enjoys across its businesses, and given the numbers of pies in which it has its fingers, it needs a firm the size of Microsoft, arguably, to quickly get something like Silverlight into the market. Furthermore, it'd be wrong to overlook the expertise, talent and experience Microsoft love it or hate it brings to a project such as this.

For Microsoft though, the broader question is whether it can make a success of Silverlight, and genuinely break the Flash grip on the market. Certainly the development community has reacted quite positively to Silverlight, and the web isn't short on articles that pit one against the other.

It's also worth pointing out that Flash has a substantial head start on Silverlight, and as such, its market penetration is inevitably going to be more substantive. StatOwl currently has Flash support at nearly 95 per cent as of May 2009, with Silverlight at 27.15 per cent - the vast majority of which is for the latest version at the time the statistics were compiled.

That's encouraging for Silverlight, though, given that its number was sat at 20.63 per cent last December. Certainly it's enjoying growth, and it'll be crucial for Microsoft to keep that momentum going.

For the firm certainly has the clout to get Silverlight out to end users, although persuading them to overtly install another plug-in isn't that easy a job. Interestingly, the button Microsoft users for people to download a Silverlight plug-in includes an assurance that no nonsense will be installed alongside it, nor will the user get spam. That's, granted, a sign of the times, but in an era when users are being told to be wary of pushing buttons, Silverlight does still require a click to install.

Microsoft does, of course, have the Windows Update system by which it could sneak Silverlight onto people's systems - as it did with Internet Explorer 7 - yet it has said that it has no intention of doing so, not least, you would suspect, to avoid the glares of assorted regulatory authorities.

In short, Silverlight has to despite the admitted marketing and financial clout behind it stand on its own two feet, and the early signs are it's not got off to a bad start. However, you'd expect the power of Microsoft to give most products it launches a decent springboard, and thus the bigger challenge is in the years ahead.

The enthusiasm of many in the development community is certainly a positive sign, and the strategy of getting many big firms to sign up as users of the technology had reaped some initial dividends too - and Microsoft will need to build more such partnerships, you'd expect.

But the omnipresence of Flash is, nonetheless, going to take some beating, and Adobe isn't taking the threat of Silverlight lightly. The problem is that, technologically, Microsoft in spite of some of Silverlight's assets has landed a few sizeable jabs thus far, but doesn't look close to finding a major blow. There's thus a real danger that, ultimately, the two technologies could cancel each other out to an extent, which could be the biggest threat facing Microsoft's plans to grow Silverlight in the years ahead.

As things stand, it's off to a good start, but the battle, you suspect, has got a good deal trickier...