TfL 'insources' for better, cheaper IT

Transport for London has cut back on its outsourcing and overhauled its IT to improve its systems. 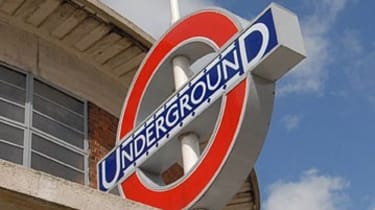 As the capital heads into a 48 hour Tube strike, few will want to hear the good news coming out of Transport for London (TfL) it's getting its IT into shape.

Speaking at the Government Computing Live conference in London today, just hours ahead of the strike, chief information officer Phil Pavitt enthusiastically updated attendees on TfL's IT upgrade and reorganisation.

When Pavitt started at the transportation body two and a half years ago, there were 21 seperate departments and therefore 21 seperate IT departments. The organisation wasn't a big fan of centralising services, he noted. And desktops were all "thick client," while TfL's information was held across 61 data centres.

"There was more hardware from more different vendors than I ever knew existed," Pavitt said.

"The amazing thing is, it all worked," he said, explaining that only made it harder to convince the board it was time to change promising to cover the entire costs out of savings in the IT budget helped swing opinion, though.

Cutting back on outsourcing

One reason TfL's IT was essentially working was that most of it was outsourced. Pavitt said there were 17 outsourcing contracts across TfL's IT, with 95 per cent of its IT staff working for three or four consultancies.

"They outsourced most of the people who had knowledge," Pavitt said. "Now they're sat looking in at us."

That outsourcing was one of Pavitt's targets when he started a 24 month strategy to sort out TfL's IT. "Just to get permanent staff was an achievement," he said, but he's managed it. With six months left to go until the 24 months are up, he said the ratio of permanent staff to consultants has now flipped as many as 95 per cent are now inhouse.

"Two years ago, third parties were the first port of call," he explained. "Now we are managing it all." That said, headcount is down by a fifth. Pavitt said TfL outsourced hundreds of employees, but didn't bring hundreds back. It didn't need to, as the IT department is now more efficiently run, he claimed.

He's also managed to cut supplier costs by 41 per cent, partially by keeping things inhouse. Pavitt said he's known as a "serial insourcer" but for good reason: TfL can do things cheaper in house than out. That makes "staff and the organisation very excited, but the industry less so," Pavitt admitted.

Other cost savings could kick in later, too. Pavitt noted that much of TfL's front end, consumer facing tech such as the Oyster card system is outsourced. Some of it has to be, but as other contracts come up, the organisation's new infrastructure strength means back end functions like billing can be insourced. They may not be for cost or political reasons, but Pavitt said it's good to have the ability to make those choices.

There have been other changes, too. Within 18 months, Pavitt's team had updated end user tech, cut the number of data centres to three, and reworked hosting systems. Some 60 per cent of TfL's platforms are now common across the organisation, closing in on the target of 75 per cent.

TfL was also moved onto thin client desktops, saving 61 per cent by putting staff on systems worth about 800 compared to full systems worth thousands. This is no small savings, as TfL is huge. Pavitt claimed he has 11,000 seats on thin client, which he said is the biggest such deployment in the world.

A major driver of change at TfL has been moving IT to a pay as you go (PAYG) model. Pavitt said IT was being used to prop up inefficient management. For example, supervisors unable to properly manage their staff's workload would ask IT to block distractions like Facebook. Now, such managers would have to pay to use IT in such a way.

Using a PAYG model also helped cut liscening fees. Pavitt described one department as demanding 380 users get access to an expensive application. His team happily delivered, but months later, the manager noted only 31 people were ever using it. To cut costs, the others lost access saving 150,000 in wasted liscencing costs.

"Suddenly, the cost drivers were no longer IT but more the financial directors," Pavitt said.

While the IT overhaul is set to finish in January or February of next year, there are still tech challenges remaining, Pavitt noted. The Olympics are fast approaching, and the Greater London Authority is also pushing for more integration between the Met Police, TfL and its own data, Pavitt said.