A buyer's guide to the top 10 netbooks

Thinking about getting a netbook, but don't know where to start? We take a look at 10 of the most popular netbooks out right now. 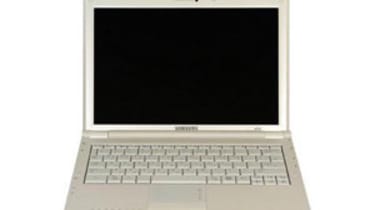 A year ago, there was still very much a buzz about netbooks. These small dinky little machines were still the new kids on the block that had brashly gate-crashed the ultra-portable notebook party. In doing so, they had given everyone the chance to pack a computer in their bag, without burning a hole in their wallet.

However, netbooks have become so established that the backlash has begun in earnest. For example, a survey conducted in June found that only 58 per cent of netbook owners users were happy with their purchase.

In reality, it's mainly down to customers not really getting the message that was clear from the start netbooks are best for consuming and if you need to regularly create content on the go, you want a notebook.

As long as you know what you're buying and have your usage worked out, a netbook's combination of portability and power is still a very attractive proposition.

Since we last looked at netbooks, there have been interesting developments Linux has all but disappeared, Windows 7 has taken over from XP on very new machines, and you can get a dual-boot Android machine. Meanwhile, high-end models aimed at the well heeled executives have appeared.

Here are the top 10 netbooks we think you should be considering. 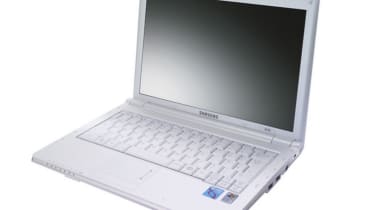 If you like the idea of a netbook but are concerned about the ergonomic compromises, the Samsung NC20 is what you need. It offers a full 12.1in display with a resolution of 1,280 x 800 - higher than many lower-end full notebooks and its screen is bright and clear and a genuine pleasure to work on.

The Via processor seems like a left-field choice but the 1.3GHz+ U2250 processor is actually considered a better performer than Intel's rival chip thanks to automatic speed boosts, helping power Windows XP on its way.

There's plenty of room on the superbly comfortable keyboard, and trackpad and mouse buttons are quality too. The spec list, with webcam, three USB ports, VGA and Fast Ethernet and SD card are all standard fare.

The main downside is that the 1.52kg weight is relatively portly for a netbook, but compared to most full laptops, you're still travelling light and the six-cell battery should see you good for a not too shabby six hours, making it a top choice. 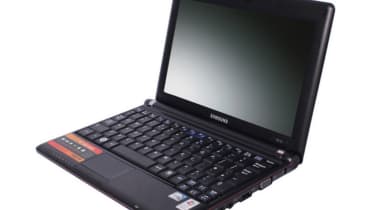 The N110 is Samsung's update to the very well received N10 and this model offers a 10.1in screen and weighs just 1.25g. It employs a 1.6GHz Intel Atom N270 and should give you at least seven hours of Wi-Fi connected use, helped by an upgraded battery over its predecessor.

Video performance is boosted by the presence of the Intel 950 chipset. As ever, Windows XP and 1GB of RAM are in place, as is a 160GB hard disk - though this is conventional rather than SSD.

The keyboard has a slightly plastic feel, but it's better than many and with smart looks, no missteps on the basic spec, and a good solid build, this is still the regular-sized netbook to beat.