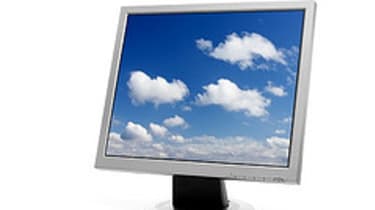 The chief executive of leading security company Check Point Gil Shwed has warned enterprises from plunging too quickly into cloud computing, telling IT PRO at a briefing that the technology is inherently dangerous.

"The basic fact that you're sharing data with others is a huge security risk. If I have my server with my data at least I know that I can protect my data, but if I mix hundreds of these [servers] there might be one bug, in one application, that will allow a virus to move to the others. A bug, a configuration error, anything."

Shwed did not wish to discourage the move towards the cloud, however.

"I am definitely a supporter of cloud computing, but I don't think it will take over from traditional computing it will have some portion of the market. One of the things the enterprises want is control, and once you outsource ... you lose a big portion of that control, so companies will only do this if there is a very, very, good reason," he said.

"There is a clear and interesting challenge there, the move from controlling things to letting other people control it for you."

Despite all the hype over smartphones, such as the iPhone and the associated security concerns that companies have, Shwed said that it hasn't proved to be a significant business driver for the security industry up to this point.

"Mobile is there, but it hasn't been huge into terms of revenue for anyone yet."

Shwed also addressed the key issue facing corporations over Data Loss Prevention (DLP). He said that while data loss was often down to human factors, technology could play an important role in solving the problem. He also hinted that his company would have a product to address this issue coming later in the year.

"I think that computers can do a lot... I don't think technology can outsmart people, but technology can lead people the right way and we'll show out concept later in the year."

Shwed also revealed why his company was not that acquisitive compared to other companies its size, although it did purchase Nokia's security appliance portfolio last year.

He said that while there were many interesting security technologies out there, most were not ready for prime time.

"It's about finding the right technology, he said. "We need something relatively simple that every enterprise can use without spending six months investing time and money."

Scwed admitted that its acquisition of ZoneAlarm fell into that category.

"I can say that on the consumer side it's definitely large scale but on the enterprise side it wasn't ready... and it took us [several] years to turn it into something. Now we can take it to thousands of customers round the world.