Opera was a real innovator in the browser space, but its desktop offering is something of the forgotten man in the industry. We take a look at the beta of its latest release. 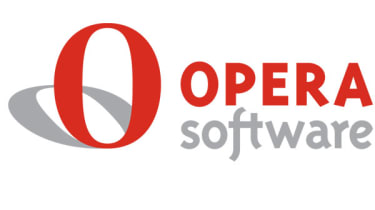 Those are the major enhancements. There's still no support for Firefox-style extensions, but Opera 10 does get a few lesser me-too upgrades: an inline spellchecker, webmail support for mailto: links, online crash reporting and automatic updates are all good things to have, although they hardly set Opera 10 beta apart from the crowd.

In fact, what does make Opera stand out is that it simply looks and behaves oddly. This latest beta keeps the distinctive white-on-black colour scheme of the previous version, maintaining a slightly baroque appearance that, like Safari, doesn't sit quite comfortably within the Windows desktop (although you can at least set it to Windows' default colours if you wish).

And interface quirks abound: when you edit your Speed Dial settings, for example, you're presented with a strange, non-draggable panel that isn't quite like anything else ever seen on Windows. Press to cycle through your tabs and an odd menu-type list appears.

Keyboard shortcuts aren't always in step with the standards followed by other browsers either. It isn't disastrously counterintuitive, but it creates an impression of Opera as an outsider application.

And that, of course, has always been Opera's problem. Its speed has attracted a vocal fan base of cognoscenti, as has its rigorous compliance with web standards. But in the 13 years since it was launched it's never felt like a mass-market browser, and indeed, it's never become one.

This latest beta release keeps pace with the likes of Google and Apple, but if you're not already an Opera user it offers very little reason to become one.

A fast, solid browser, but there's no compelling reason to pick Opera over its rivals.