Our special report brings together the news, reviews and features you need to help make that all-important decision about whether virtualisation is right for you and your organisation. 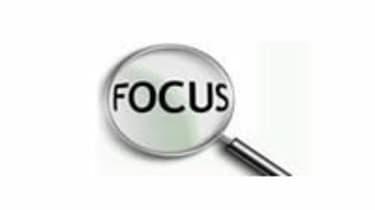 As a reader of IT PRO, you will already that know virtualisation is constantly in the news and making a huge impact on the industry. But what exactly is it? In this feature, we plan to give you the answers to the questions that need explaining as we move into the "virtual world."

The first and most obvious question is what is virtualisation? Although companies all have their own definitions to fit with the products they are selling, Chris Hammans, regional director of UK and Ireland for VMware, summed it up very well.

He said: "Virtualisation is a software technology that has quickly become one of the hottest topics in IT. Industry-standard x86 servers were designed to run a single operating system and a single application. As servers have increased in power this one-to-one mapping of application to OS to server has meant most machines are significantly underutilised."

"At the most basic level, virtualisation lets you run multiple virtual machines on a single physical machine, sharing the resources of that single computer across multiple environments."

So we now understand how virtualisation allows you to utilise the full power of a single piece of physical hardware but where can it be used?

There is now the opportunity to fully virtualise your data centre from server to storage but as the chief executive of Data Core Software told us a few weeks ago, [a href="https://www.itpro.co.uk/610827/open-storage-is-only-way-forward"]storage still seems to be the last bastion

[/a] clinging onto the physical environment.

Tony Reid, UK services director for Hitachi Data Systems, believes the only way to implement virtualisation is if you do it to everything in your data centre.

He said: "An increasing number of companies are looking to server and storage virtualisation to enable consolidation, increased utilisation, improved performance, as well as simplifying operations and ensuring optimised data protection and availability."

Hammans, of VMware, told IT PRO that it wasn't just for servers and storage though. He said: "One area where we are seeing tremendous interest is around virtual desktops. In the same way you can run a server OS and application in a virtual machine you can run something like Windows XP in a virtual machine and then have end-users connect to it from a range of clients."

"Managing desktops is a significant headache for many IT departments particularly in geographically dispersed environments - and they are very keen to bring the desktop back within the datacentre."