Earlier this week, Vodafone announced that it was releasing the first commercial use of femtocell technology in Europe. We tell you what it is and why it’s important. 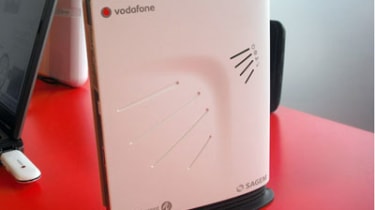 After years of hype and testing, Vodafone announced this week it will be releasing a Femtocell for the commercial market on 1 July, making it the first operator in Europe to do so. It will call its service the Vodafone Access Gateway.

What is a Femtocell?

A femtocell is a low-powered base station, similar in size and shape to a router, which takes your mobile phone signal and sends it over your broadband connection. They were originally called Access Point Base Stations, but someone clearly decided that this was too dry, and dubbed them Femtocells (mini-masts).

What are they for?

They are designed primarily to expand and extend mobile phone coverage, especially indoors. They are intended to help residential customers and businesses that suffer from poor 3G signals indoors, especially in weaker coverage areas, due to interference from the construction of some buildings.

Customers sometimes join a network, only to find that when they get to their home or business, they have very poor or even no coverage. This can mean they can't make phone calls or use data on their phone, which make users very, very, angry and frustrated. It's increasingly an issue as companies look to avoid churn', as customers switch to better networks.

So what are the benefits of the technology?

The immediate benefit is clearly increased coverage and reliability of phone signals in and around the Femtocell. Once it's set up, there's a reduced cost to the operator and theoretically, if you've got mobile and broadband from the same company using a Femtocell, could mean reduced call costs.

For the operator, offloading bandwidth away from their network will ease the strain and lower their operating costs.

What is Vodafone offering?

Vodafone is calling its Femtocell the 'Vodafone Access Gateway' and is promising that it will provide a great 3G signal throughout your home". It works with its 3G handsets and Vodafone said it will plug into any broadband connection. It can accommodate up to five handsets at once. It's currently not offering any extra deals or discounts the Femtocell will be a straight coverage booster.

That's great? So it's going to be free right?

Fraid not. Vodafone will be offering a number of payment options. It's free' or included in the cost of a 15 per month tariff. Alternatively, you can choose not have it as part of your tariff but instead pay an extra 5 a month. Or, you can pay for it outright and Vodafone will charge 160 for that privilege.

Steven Hartley, mobile senior analyst at consulting firm Ovum, said that he believes that the charging structure will be a real test for Vodafone's business model and that aggrieved customers in very poor coverage areas will demand a femtocell for free.

Will they become widespread?

Other networks such as O2 have been trialling femtocells for some time in partnership with NEC, so we could reasonably expect to see a product from them in the future.

However, analysts Strand Consult predicted that operators will find it difficult to get the Femtocell business model to function and that their deployment will be limited. However, as of 1 July, the Vodafone service will be live so we can but wait and see what the take-up will be.

Are there any issues I should know about?

While it sounds like a great idea if you're suffering from poor coverage, the business model involves getting customers to pay to fix the issues with a network's coverage, in this case Vodafone's. And how ISPs will feel carrying traffic from another telco remains to be seen. It's sort of equivalent to operators brushing away dust under each other's carpets, as each tries to avoid dealing with their network issues.

Want more background on the latest IT topics? Click here for all the tech cheatsheets in our Need to Know series.