What is Cloud computing?

The IT buzzword for 2009 and probably 2010, but what does it mean for businesses? 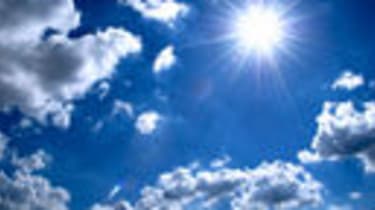 The IT buzzword of the moment and, most likely, in the near future too, cloud computing is a new style of computing which has no firm definition.

Are IT pros confused?

It's proved difficult for IT professionals to get their heads around, with an IT PRO story recently revealing that many didn't know what it was, and probably more importantly whether their business was using it.

A good way to describe cloud computing in business is as a new way of offering services where both small businesses and enterprises can use the internet for delivery.

Steve Purser, head of the technical department at ENISA, says that cloud computing is definitely a buzzword more than anything else.

He said: "In many ways it's something that we've been capable of doing for years, but now is being pushed as a concept."

So what's new about cloud computing?

Purser said that the essential change when it comes to cloud computing now as opposed to the past is that it is being pushed as a service, and gives businesses the opportunity to run their applications on somebody else's infrastructure.

"The advantage to that is you can reduce your operation's expenditure you can concentrate on what you need to do and push all the IT related work out to someone else," he said.

But he warned: "The cost is that it is in somebody else's control. Basically somebody else is running the whole shop, and that usually means access to the most intimate data."

Purser said that cloud computing from a business perspective was essentially outsourcing.

John Carr, secretary for the UK's Children Coalition for Internet Safety, claimed that cloud computing started when large companies over-invested in their own technical infrastructure.

He said: "They had all this spare capacity which they spent all their dollars on, and decided to offer other people to use their networks and technology."

Kimon Zorbas, vice president of the Interactive Advertising Bureau for Europe, made the point that Google was a great example of cloud computing.

Its Gmail service has been offered to consumers entirely funded by advertising for a few years, but it is also now offered to businesses for a fee.

"I see the challenge now for Europe is to be able to create such inventions," Zorbas said.

When it comes to other cloud computing service providers, there's the question of whether it will be dominated by big companies like Microsoft and Amazon. Or will smaller companies be able to get a look in?

Zorbas doesn't think so. He believes that the big companies are lined up to build infrastructure and provide services, and economically it needs huge scalability to be effective.

Purser agreed: "Cloud computing by definition is about being able to handle scalability problems, and I really don't see small surviving."

However, not everybody agreed. Guy Bunker, chief scientist at Symantec, predicted that we would see a new proliferation of cloud computing service providers which would be able to deliver niche services.

He said: "I wouldn't like to say Salesforce.com was niche with CRM, but it's a very good example of a very small provider when it started."

For more background and answers on the latest tech, check out our series of Need to Know guides.