Can the mobile industry go green?

The mobile phone industry seems to be lagging behind the rest of the tech world in going green. What does it need to do to catch up? 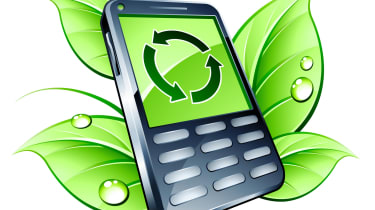 But what specifically must these mobile companies do to address the environmental issues of their products?

Nardono Nimpuno, the international chemical secretariat for ChemSec, believes the main obstacle is the chemicals that are used to make the phones in the first place.

In an interview with IT PRO, Nimpuno said: "It is hard for anyone to accept a daily consumer product is harmful, as well as hard to prove. People and companies find it easier to go fair trade or eco-friendly with food as mobiles are complex enough as it is."

"However, in themselves the chemicals used to make the phones disrupt hormones and can disrupt reproduction. Yes, they are encased in the product, but what about during production if there are leaks, and what do you do at the end of a phone's life?"

So the phone manufacturers should be looking to remove these chemicals from production, as well as disposing of them safely.

But Nimpuno revealed that even when you return your phone to be recycled, only 54 per cent are accounted for afterwards.

He said: "When consumers do the right thing only half is managed in the proper way. It is a cost issue for companies. For example to recycle a phone safely in Sweden costs 10 but in India you can do it for 1.50 inappropriately."

Greenpeace has also raised the issue of toxic chemicals in mobiles through campaigns over several years, even posting a diagram on its website showing the chemicals used and the effects they have.

For example, it highlights the lead used in circuit boards and soldering. "In many developed countries, lead is banned from landfills, but mobiles containing lead are still dumped in countries like China and dismantled by hand."

What progress so far?

There is some progress being made however. EU legislation on the proper disposal and recycling of mobile phones and components is becoming more prominent and there is a rise in the collection of electrical waste.

And manufacturers are starting to get on board. Nokia has taken steps to make its phones charge in more efficient ways, as well as to cut packaging. It claimed using new smaller boxes removed 5,000 trucks from the road in one year.

And, O2 has made several claims to its green credentials, admittedly achieving the accolade of the first mobile phone operator to be certified with the Carbon Trust Standard following its 15 per cent energy consumption reduction over the past three years.

However, it is still selling phones, such as its popular and well-selling iPhone, which has been criticised for green reasons.

Indeed, both the phone consumer and mobile businesses need to get on board for these policies to work and reduce damage to the environment.

As Aeron-Thomas warns: "Sustainability is not a green fluffy nice to have thing, but vital."

Click here to find out how to recycle your mobile phone - and make cash doing it.