3 and Vodafone both slash roaming costs

Giants 3 and Vodafone battle it out to offer users cheaping data roaming. 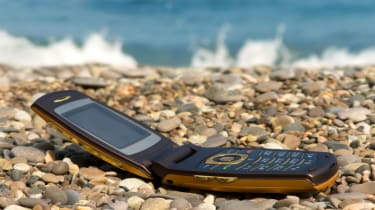 Mobile giants 3 and Vodafone are battling it out to offer users the cheapest data roaming rates.

Yesterday, 3 fired the first shot by announcing that it planned to slash its roaming prices to below those imposed by EU regulatory caps to just 1.25/MB.

At the same time, calls and texts to the UK and other EU countries from within the EU will cost 34 pence a minute and 11 pence respectively.

"We don't expect our customers to drastically change the way they use their phone or dongle, just because they're abroad. If they want to update their Facebook status or send an email, likewise if they're just making a call, they shouldn't be stung by over the top, complex pricing," said John Eccleston, head of communication and mobile products at 3 UK, in a statement.

"That's why we've made our standard European rates simple to understand. They're the same no matter which EU country you're in at any time of the year, and most importantly of all, for our customers accessing the internet while they're away, they're the best all-round value on the market."

3 reckons that its latest move makes it the "lowest standard price of any UK network in Europe."

Vodafone would beg to differ. The company today followed suite by announcing that its Vodafone Passport service would provide 25MB of data for just 4.99 a day on a mobile phone the equivalent of 20 pence/MB. Laptop users can get 50MB for 9.99 a day.

Less intensive users will be charged on a per KB basis instead, with 100KB costing 50 pence.

Travellers are now set to get even better value and greater clarity on costs when accessing the internet around the world from their mobile phones or laptops from Vodafone UK.