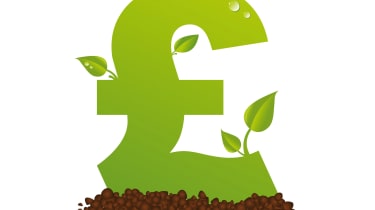 However, unlike many areas of a business, technology often supplies answers that can push users in the right direction. "The way to overcome this is to set the default setting on the printer to duplex, then it is up to the user to choose single sided printing when required," Davis added.

"When you talk about employees, I believe there's a quote from Lenin, which is: Trust is a nice thing. But control is better," said HP's Zago. "So for example, you can actually set it up so one user can only print double-sided, one can't use the colour machine, another can only print a certain times. And if you know the office closes at 5.30pm on a Friday and doesn't open until 8am on a Monday morning, you can set the printers to sleep that whole time."

"The same thing would apply on any green measure - you can't appeal to users' better nature, they can be too set in their ways," offers Gartner's Millman. "Better to default to the green standard and allow users to adjust to the new way of working. There will still be holdouts but the overall benefit will be greater."

Could manufacturers take a hit?

In the end, the greatest threat to a switch to greener products is still be the uptake by businesses. Analyst David Metcalfe went so far as to suggest that until consumers fully back environmental products, manufacturers could actually be putting themselves in danger if they move ahead too quickly with them.

"You can't push the buying side too quickly until there's a change in behaviour," he says. "There's currently a difficult economic climate and most companies aren't ready for radical change in either spending more or doing things differently if it's going to cost more to buy more sustainable products."

"HP is one of the firms we've looked at and it's positioning itself for changes in customer behaviour when it gets to 2012. It would be a loss-making strategy to try and leap faster than that. It's no point pushing ahead with some 3,000 laptop that only 50 people are going to buy. And we've seen a number of companies really struggling who've gone way too far ahead of the customers."