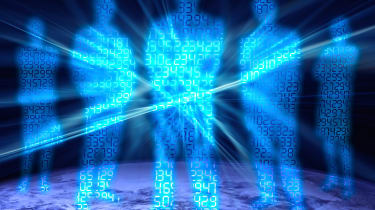 BT has sad it has no immediate plans to use the services of technology company Phorm, leading to shares in that firm spiralling.

Phorm sells a behavioural advertising system that uses deep packet inspection to decide which ads to surface to users. It was first trialled secretly by BT in 2006. BT has trialled it since, but never committed to roll it out across its networks.

"We continue to believe the interest based advertising category offers major benefits for consumers and publishers alike," BT said in a statement.

"However, given our public commitment to developing next generation broadband and television services in the UK we have decided to weigh up the balance of resources devoted to other opportunities."

"Given these resource commitments, we don't have immediate plans to deploy Webwise today. However the interest based advertising market is extremely dynamic and we intend to monitor Phorm's progress with other ISPs and with Webwise Discover before finalising our plans."

BT's decision not to proceed with rolling out the Phorm Webwise service to its 4.7 million broadband customers could deal a heavy blow to the AIM-listed group which has former Chancellor Norman Lamont as its chairman.

A Phorm spokesperson told IT PRO it was focusing on its overseas efforts. "As regards our UK deployment, Phorm's activities remain ongoing and we look forward to creating the conditions necessary for UK ISPs to move to deployment. In parallel, we continue to focus considerable effort on faster moving overseas opportunities."

Indeed, Phorm said it's overseas trials had minimised the affect BT stepping back would have on its business, saying: "we have already minimised our dependency on the deployment by any single ISP or in any particular market."

Phorm is also being trialled by South Korean ISP KT while Britain's Virgin Media and Carphone Warehouse are exploring the possibilities of working with the group.

It claimed it was in advanced negotiations with several major ISPs, which has been spurred on by its consumer-focused product, Webwise Discover. "We remain very confident in our ability to deliver on the promise of this substantial opportunity," the spokesperson said.

The stock market was less confident, however, with Phorm's share falling over 40 per cent today.

Click here to read the short history of Phorm in the UK - and here to find out how campaigners are celebrating their victory.