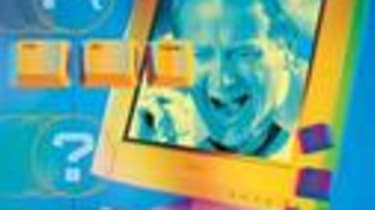 UK web users watched 4.7 billion clips and videos in the month of April alone, according to a report from ComScore.

According to ComScore's latest study, the total number of videos viewed in the UK in April 2009 has grown by 47 per cent against the same time last year.

Google, which runs YouTube and Google Video, ranked as the top UK site with 2.4 billion videos viewed, a 58 per cent increase against last year.

Likely helped by the iPlayer, the BBC sites came second with 79 million videos, followed by ITV with 34.7 million videos. Comscore said that this growth made the medium ripe for monetising.

"With nearly five billion videos viewed in the UK in April, online video is a powerful and growing vehicle for online advertising placement," said Mike Read, senior vice president and managing director for comScore Europe, in a statement.

"The online video market currently relies heavily on display ads for monetisation, and in the coming months and years we can expect that video ads will play an even more prominent role."

He added: "Despite the market's overwhelming size and audience at this phase of the growth curve, it is also clear that we're still in the early stages of advertising optimisation and effectiveness in this increasingly important entertainment channel."

How much more advertising online videos can handle is unclear. According to Comscore, of the 36.8 million UK internet users it saw in April, 96 per cent were exposed to some form of online advertising, including static banners, rich media, and video ads.

YouTube took the lion's share of watchers, with 18.5 million visitors viewing a total of 621 million ads, followed by Metacafe with 1.6 million ad-exposed visitors.