As the Palm Pre is officially announced for the UK, O2 and Palm explain why the arrival of the SDK will help their cause. 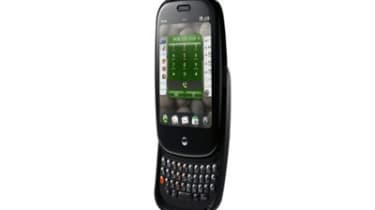 Palm is confident that the ease of writing apps for its Web OS powered phone will give the Palm Pre an edge when it finally comes to the UK market at the end of this year.

Dave Whalen, senior vice president for Palm's global sales, told IT PRO that the arrival of the SDK would be a big boost for the platform. "We've got lots of people in the beta [SDK], and tens of thousands wanted to get in."

"Historically, we've been very enthusiastic [about apps]," he added.

Although he couldn't put an exact number on the number of apps currently available, he said: "we have lots...we've got sports, stocks, games - we're really pleased with the number."

He said that paid-for apps would be likely once the SDK is available, which he confirmed as being before the end of the summer.

Whalen also said that thousands of older Palm apps could be ported over to the Web OS platform.

Mark Eastwood, product manager for Palm said that anyone familiar with CSS, Javascript and HTML would have skills to develop for Palm. "If you're familiar with these, then you're fully tooled to bring apps to the platform".

Responding to a question as to whether Palm saw the Pre as a consumer or a business device, Whelan answered: "It's a lifestyle device. Everyone is busy and has business and personal lives... this is the first device that lets you bring them together."

He also admitted that Palm knows that the Pre is not fully ready for the enterprise. "We recognise that there are things we need to do [to make it enterprise ready]. We know what they are," he added but remained tight lipped on the details.

"We've got great support for Exchange out of the box, with SSL, and contact look up," said Eastwood.

There was also no clue as to whether Flash support would be added to the Pre - no smartphone currently supports Adobe Flash content yet, though Adobe has demonstrated it running on Android devices. Eastwood confirmed that there were no technical limitations as to why the Pre could not handle flash, saying that it was down to business relationships and timing.

IT PRO also quizzed Whalen about reports of the Pre suffering from lack-lustre battery life. "The majority of people are happy with the performance," he responded.

As for pricing, O2 were tight lipped, but Jonathan Earle, head of consumer marketing for O2 UK, told IT PRO that it would be competitive. "We've got a real commitment to customers and a passion for smartphones. We couldn't be more pleased... we want this to work," he said.