Can online video be profitable?

YouTube accounts for a huge amount of internet traffic, yet fails to match that with cash in the bank. Is it possible to make a business out of online video? 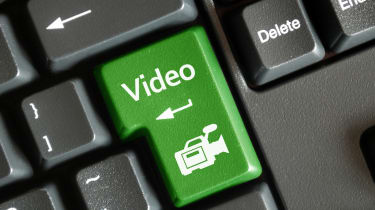 Considering that just to US visitors YouTube served up 5.5 billion videos in one calendar month back in March, the corresponding revenues seem miniscule.

Yet advertisers have plenty of reasons to be scared away. They've little desire to see their campaign next to a copyright-infringed clip, and also given the vast inventory that YouTube offers, just getting noticed is a challenge in itself.

So where's the money?

Perhaps that's why what's proving to be the best way to monetise video on the internet is simply to narrow down focus somewhat. We're not talking services that sell TV episodes or anything of that ilk, rather those that, ironically, follow television rules and thus bring in targeted visitors to a site.

Hulu, for instance, has done specific deals with content providers, and was built from the ground up as a service to broadcast copyright-protected material online. It doesn't charge users, hosts shows they want to see, and as such, attracts traffic that it can sell advertising packages around.

Virgin Media is a good example, too. It followed Sky's model by paying for premium content that people would make an effort to see, namely Premier League football highlights.

It offers them to visitors to its website free of charge, although you have to sit through a non-skippable commercial, usually 30 seconds long, before you can. And when it's something you really want to see, it becomes the kind of matter where you'll take the potential inconveniences of an advert first. Also, for advertisers, it's far more targeted, and they will have little qualms about the ownership of the content concerned.

For advertisers are in the driving seat here, and arguably pushing through the main changes. Visitors to the Internet Movie Database (IMDB), for instance, might now find themselves viewing a running trailer for a film rather than just a traditional banner ad, and that increases their chances of getting noticed. Carefully employing video clearly has its place, although it's an area of content where it pays to be choosy.

Yet the problem with video, of course, is that ultimately it's the most expensive content both to produce and host on the internet. Even if a site is just streaming a file, that's going to incur more significant bandwidth charges than a mere text article with a picture or two, and there has to be some sign, longer term, of a revenue offset to match any costs rung up.

YouTube is as unfocused a video service as it's possible to find, and Google will struggle, as a result, to bring in the revenues it wishes from it. The lesson to be learned, surely, is that employing video has its place, but needs to be targeted, relevant and legal to attract the money required to cover the costs involved.

For there are examples across the internet as to just how well video content can be monetised. And there's one high profile example of how it can't. Right now, which camp do you think Google wishes it was in?