Want to know what the fuss about the Palm Pre is all about? We give you the low-down. 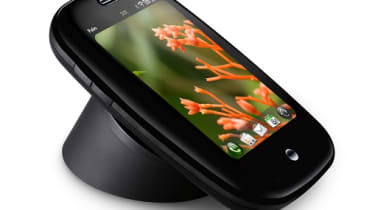 Yesterday, smartphone fans finally got news they'd be waiting for confirmation that the Palm Pre will be coming to the UK in time for Christmas - and its O2 that's got it. We give you the low-down on the much anticipated handset.

What's so special about the Pre?

Ever since the iPhone redefined the smartphone in 2007, the world has been waiting for the iPhone killer'. The trouble is that there's been a constant trail of phones touted as iPhone killers' without any of them truly coming up with the goods they've all fallen short in one regard or another.

The Palm Pre though is generally accepted as the closest that any handset has come so far and that includes Google Android handsets.

The fuss started back in January when the Pre won CNET's Best of Show' category, and since its actual release in the US on 6 June and it's been generally well-received.

Is it about the hardware?

Not really. There's nothing particularly special about the hardware. It feels nice to hold and it's a decent size. The screen technology and resolution 320 x 480 capacitance TFT are good but no better than the iPhone.

The coolest hardware feature is actually the charger it's called the Touchstone' and enables you to charge just by placing it onto the touchpad, with it clamping to it via a magnet. No need to mess around with cables. However, it's an optional accessory, and means swapping the standard shiny back cover for a dull matt one to enable the magnet to work.

It's the first phone though to offer true multi-touch equalling the iPhone. Having said that, it does have one key advantage it has a physical keyboard that slides out from underneath the screen, which makes it a big draw for some.

So what's all the fuss about?

The real reason for the buzz is the Pre runs Palm's webOS' a mobile operating system it had been working on for some time to replace the ageing PalmOS, as featured in the original Palm Pilot' PDA, and more recent Treo phones.

As with everything these days, and as its name very much suggests, it's been designed with the web in mind. It brings desktop standard' browsing to the Pre, as the browser is based on the Webkit' engine as used by Google Chrome on the desktop, and er... the iPhone, rendering HTML just as you would want.

Palm has also found a way for it to Sync with iTunes the aim being that people won't miss not having an iPhone.

Then there's Synergy', that pulls multiple calendars together, and contact information from multiple sources such as Facebook into one place.

It also has support for third-party applications, arguably the reason the iPhone is such a success. Palm insists that the apps will be so easy to develop and that many older apps can be ported over to the new OS. It is clearly hoping there will be a great many to choose from and it has said that the SDK for developers will arrive in late summer.