How BAA uses IT to find bags and sell an airport

From lost bags to an airport for sale, BAA’s CIO shows how IT needs to respond both to disruptions, and changes in business strategy. 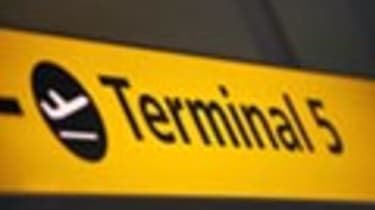 When Heathrow's Terminal 5 opened on time and on budget some 15 months ago, the architects and engineers were praised.

But when the first day of operations descended into chaos, largely due to baggage and security screening problems, it was IT that was made to shoulder a large part of the blame. Headlines spoke of "technical glitches" and "computer failures" that led to flights being cancelled and passengers waiting hours for luggage.

But although computers were behind some of the problems, the airport's general IT systems held up, and have continued to perform, according to Philip Langsdale, chief information officer at airport operator BAA.

In fact, one of the problems, say IT experts who have worked on large civil infrastructure projects, is that BAA's and British Airways' IT teams were not involved deeply enough either in testing systems such as baggage handling or modelling the impact on the wider business, if such a system did fail.

Those lessons have been learned the hard way, says Langsdale. "You have to assume, with any infrastructure, with any complex system, that something will go wrong. A component can fail," he said.

"The issue is how you respond to it, and how you manage the escalation process. What is important is the way that BAA operations, BAA IT and British Airways work together to fix these issues we undertake forensic examination of the root causes, and we are relentless in eliminating them."

A few days before IT PRO spoke to Langsdale, T5 had suffered another baggage problem. "It was an electro-mechanical problem that triggered that incident, but we are still looking at why we didn't recover as quickly," he says. "We have experts from BAA, Van de Lande [the baggage system supplier], SITA [the aviation IT vendor] and BA digging into it."

As Paul Coby, CIO of British Airways the sole airline flying from T5 puts it, even non-IT systems now have "IT brains". So IT needs to be involved, even in areas that were previously viewed as within operations.

It is a point that is not lost on his opposite number at BAA. "There is much more awareness now of risk control processes. It is something large organisations need to focus on," says Langsdale.