Following its sale of wireless assets, Nortel can no longer provide the network infrastructure for London’s 2012 games - Cisco is, however, happy to oblige. 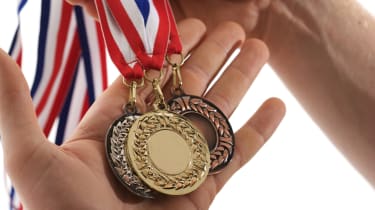 Cisco has scored a contract for the London 2012 Olympics, taking it away from struggling Nortel.

In a statement, Cisco confirmed it had become the official network infrastructure supporter for the games, taking over the contract from Nortel, which has recently had to sell off some of its wireless assets.

Paul Deighton, chief executive of London 2012, cited these sales as the reason for the London Organising Committee of the Olympic Games and Paralympic Games (LOCOG) ending the partnership ,as the company would no longer be able to "maximise the value of its investment with LOCOG."

Deighton said: "Nortel acknowledges our fixed deadlines and our desire to have a single supplier for our entire network infrastructure have been impacted by Nortel's decision to move towards standalone businesses. This is in no way a reflection of their capabilities this is all about meeting our fixed deadlines."

Nortel reiterated the LOCOG's statement, saying that the ending of the contract was "amicable" and was due to the change in business structure the company has undergone.

The LOCOG asked Cisco to make a bid for the contract, which it has accepted with immediate effect. It sees Cisco become a two tier sponsor of the games, joining the likes of Cadburys and Adecco.