The creator of the web wants it to be treated like a white piece of paper - uncontrolled and unfettered by government or corporations.

The web should be as free and unconstrained as a blank piece of paper, its creator has said.

Speaking at a BBC event to mark the 20th anniversary of the web, Sir Tim Berners-Lee said the internet should not be controlled, censored or intercepted by government or companies.

He asked the audience to consider someone looking up sensitive information - such as cancer symptoms or what it's like to come out as homosexual. If a government or company is monitoring every click, people won't feel comfortable using the web to find help with such matters, degrading the usefulness offered by the online world, he claimed.

"The internet should be like a white piece of paper," he said.

When you buy paper, "it does not come with the fundamental constraint on it that you can only write truth," he said, adding that you "can't get drawing paper where it's impossible to draw a nude figure."

That said, Berners-Lee doesn't think web users should always be anonymous. He said anonymity is important in some cases - such as when people were struggling against their government - but added that much of what was said online didn't require such protection. He said we need to "realise that the whistle blower syndrome is an emergency, it's an exception."

With that, he said web users must realise that everything they read online isn't necessarily true.

Looking to the future, Berners-Lee said mobile web use was growing - but it wasn't just for corporate travellers.

"What's exciting about this is not just that your executive who carries these things [smartphones] and jets around the place will be able to browse the web while waiting in a waiting room without a laptop," he said. "It is that in developing countries, of course, people have phones where they don't have computers."

As more and more people in developing countries get online via mobile devices, we must make sure content works for them as well, Berners-Lee added.

"Don't just target things in HD and three dimension and whatever the next thing is," he said.

"As the early adopter, we also have to make sure that we target things in low resolution, low bandwidth," he added, claiming other parts of the world will change the face of the web, creating the "web they need."

Berners-Lee used the talk to continue his call to move government and academic data online.

He was recently picked by the government to do just that. "That's because some people in the British government got it, that putting data on the web is important," he said.

"Of course, there's a big pull from people who want to see that government data... it's not really the government's data, it's actually all our data."

The full talk can be viewed in the video below:

Click here for photos to mark the 20th anniversary of the creation of the web. 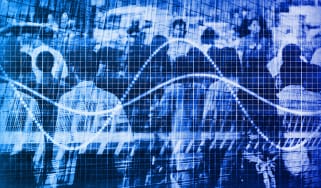 What is the semantic web?