Microsoft explains how the web-based apps side of the Office suite will work. 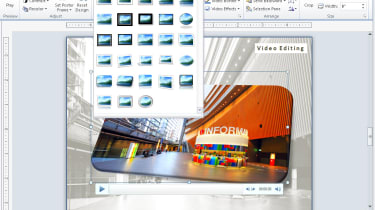 Microsoft today unveiled the first version of its Office 2010 suite at its Worldwide Partner Conference.

The technical preview is the first time the next version of the Office suite has been made publicly available, at first to attendees of the conference. It will be released in the first half of 2010, but we will see a beta before then.

The major news is that the web-based versions of the Office lineup will take on so-called cloud apps like Google's Docs and Adobe's Acrobat.com.

Office product manager Chris Adams told IT PRO that Microsoft is looking to make applications like Word, Excel and PowerPoint available anywhere be it the desktop, mobile phones or via browsers.

But he stressed that not all features will make it to the mobile versions.

He compared it to Outlook. To get full functionality, users need to access Outlook via their desktop computer, but a feature-limited email client is also available via web browsers and mobile phones.

"What we're looking to do is take the same idea and extend it to Office as well," he said. "We're definitely not looking at replicating features across all three."

Instead, Microsoft is hoping users will work in all three versions, letting them edit documents on the go. For that to work, documents need to flow easily between different versions of the Office suite. "Customers are unwilling to accept any loss of formatting or loss of document fidelity," he said.

The web-based apps will be available in three versions. Businesses will be offered a paid-for, on-premise version, while others can buy a subscription via Microsoft's new online services system. There will also be a free version, targeted at consumers and small businesses registered to the Windows Live web portal, which has some 400 million users.

Microsoft doesn't think offering a cut-down version of Office over the web will hurt sales of the suite, however. "We are really confident about the momentum we have," said Adams, adding that the free version might be ad funded something Microsoft is yet to make a call on.

While he stressed the web apps will "complement" the desktop version, Adams admitted some users might just use the free edition. "In some scenarios, web access is perfect for some users," he said.