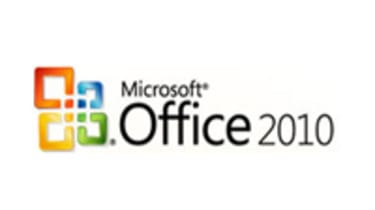 Microsoft is using its World Wide Partner Conference to finally publicly unveil Office 2010, in the shape of its first public technical preview.

We've been playing with it for a few days now, and it's clear that, while there are plenty of excellent new features, this is an evolutionary, rather than revolutionary, release.

The Office 2010 technical preview isn't going to be widely distributed. If you weren't at TechEd US or the World Wide Partner conference, you're unlikely to get access though there is a waiting list sign-up at Office2010themovie.com. You'll need SharePoint 2010 to get the most from Office 2010, but it won't be available until after October.

If you've used Office 2007, Office 2010 will seem quite familiar. Microsoft has tweaked the Office ribbon interface, making it much more like the ribbon used for Windows 7's bundled applications. It's also in every application (and customisable), finally arriving in Outlook and OneNote.

Click on the application icon in the top left of the ribbon, and you'll see one of the biggest changes. The Office menu has morphed into application-specific Backstages, mixing concepts from Windows 7 jump-lists with the old-familiar file and print menu. Microsoft describes the Backstage as where you do things with your documents: printing, saving, and sharing. It's also where you'll configure applications, and create new documents.

There aren't that many new cross-Office features. One of the more interesting is paste preview, which lets you see just how an application will display any image or text snippet before you put it in place. Office also gets a built-in image editing tool. It's not Photoshop, but the applications that support it will get reasonable quality business graphics, including image processing tools based on some of the latest work from Microsoft Research.

The application that's had the most work - and probably the one that needed it the most - is Outlook 2010. The old conversation view has had a complete workover, and will now be the default view for every folder finally giving Outlook the threaded mail it's always needed. There's also support for more than one Exchange account at a time. This means no more switching profiles, and provides an easy way of managing Exchange's system and spam quarantine mailboxes.

Another new feature, Slicers, simplifies understanding just how pivot tables are filtered something that's increasingly important as business intelligence becomes something for everyone. Calculations also get a boost, with improved, and hopefully more accurate, statistical and financial functions. Microsoft will be releasing a tool for working with large amounts of data separately, under the codename Project Gemini, as part of the beta for the next release of SQL Server.