Amongst a flurry of new announcements, Microsoft has updated Silverlight and its related Expression development tool to version 3 – we explain what’s new. 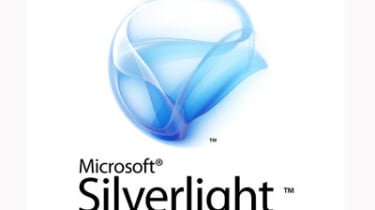 Microsoft has updated its Flash rival Silverlight, bringing it up to the third version. You may have been asked to download it while surfing a Microsoft site - if you've wondered exactly what it is, read on.

What exactly is Silverlight?

Silverlight is Microsoft's arch-rival to Adobe Flash, which brings rich animation and graphics to your web browser.

It's compatible with all the major browser and runs on Microsoft's .NET Framework, so it requires a small plug-in to work, though if your Windows is fully patched, you're likely to have it installed already.

The first version of Silverlight was launched in April 2007, while version 2 arrived in 2008. It runs on Windows and Mac and even Linux. The latter is developed by Novell in conjunction with Microsoft, a project known as Moonlight.

What's the big deal with Version 3?

Microsoft has just taken the beta out of version 3, though as it's pleased to admit, very little has changed now that it's fully shipping.

The main features in version 3 are include support for HD video content, which can be streamed in any codec that Silverlight supports, whether it be Microsoft's own VC-1 or H.264. The popular AAC audio decoding format is also now supported. Microsoft claims the performance is better than ever and refers to the technology as SmoothStream'.

Silverlight 3 also now supports graphics chip hardware acceleration. Even the integrated graphics in laptops are now of reasonable quality and speed so it makes sense to take advantage of these. The developer can tell Silverlight to look for a Graphics Processing Unit (GPU) and if it finds one is can render the images much more efficiently, creating a better experience for the user. If there's no hardware support the feature will still run just not as quickly.

Developers will also be able to take advantage of pixel shaders that are now standard on modern graphics chips, enabling the use of more advanced effects such as blurring or warping.

Another cool new feature is called Perspective 3D', which enables developers to simulate a rotating object in 3D space. This will allow effects similar to Apple's Cover Flow, but on the web, too.

Anything else to get excited about?

The problem with Silverlight and Flash is that it's been very hard to optimise them for search engines. Silverlight 3 uses dynamic data using RIA services, the practical benefit of which is that you can use the back and forwards buttons in your browser and see the behaviour you would expect.

Another advantage is that it provides deep linking, which is not only great for Google or should that be Bing? but also for people. You can send someone a link to from the middle of a Silverlight 3 experience' and that person will be able to open the same page - which is nice.

Silverlight 3 content is now more flexible as it can also run offline on a local system in what is known as a Sandbox', similar to Adobe Air and Google Gears.

Expression Web now includes Expression Encoder, for creating Silverlight compatible content, and Expression Design, for creating vector based graphics. Both of these are up to version 2.0 and both are included in the box.

Also available in the package is the Deep Zoom Composer, which enables you to efficiently stream high res images as used by the Hard Rock Cafe

One of the features that Microsoft is most proud of its the Super Preview. It enables you to compare how your content will look in multiple browsers such as Internet Explorer 6, 7 and 8 on one machine without having to use a virtual machine, which really reduces the strain on system resources. You can also compare with Firefox and Safari and all versions can even be overlaid on top of each other to visualise the differences.

The new version of Expression web enhances support for PHP, with improved understanding of PHP syntax and libraries, and again with the preview dynamic preview of pages means you can see how the content will look without having to load up the PHP on a web server.

Sounds good. So what are the benefits to developing in Silverlight?

Mark Quirk, web product manager for Microsoft, said that the main benefit of working in Silverlight is speed to market, thanks to an easy and efficient workflow. He claimed that the developer working in Visual Studio and the designer working in Expression are using exactly the same file formats, which can really speed development time up.

Also, if your developers are familiar with the .NET Framework, then the same skills can be reused.

Read on to find out if Microsoft can make Silverlight a success.