After a lot of talk, by the end of the year Windows Azure will become a reality - with a potentially great impact on enterprise. We explain what it is and why it’s important. 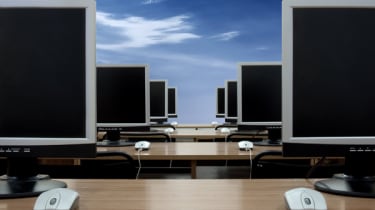 Today at the Microsoft Partner Network conference in New Orleans, Microsoft announced the pricing and availability of Windows Azure. But what is Windows Azure? Read on to find out.

What is Windows Azure?

Windows Azure is Microsoft's cloud computing offering. It refers to applications that run remotely over the internet, on servers hosted by Microsoft itself, rather than on a company's local machines. Windows Azure technology could also be used on locally-hosted machines, which is known as on-premise'.

Using cloud computing is a much more efficient way of distributing applications and for gaining access to greater computing power.

I still don't get it. Why would you want to do put your applications in the cloud? Give me some examples.

Think of it as utility computing giving you access to on-demand' computing that you can turn on or off at will. Imagine a website selling concert tickets. This will come under extremely heavy demand the moment a popular act's tickets go on sale.

With utility computing it could plan in advance for those huge peaks, by renting the amount of computing power and storage it requires for that short amount of time.

Another example would be a TV show that advertised an activity on its website in order to make the programme more interactive. That web site would receive a huge amount of traffic straight after the broadcast, but very little in the days after.

A third-party company could create a site that could cope with this by renting what it needed for that brief time, before scaling back as demand dropped. The alternative would be to pay for the infrastructure in advance, which would likely make the cost of creating that application prohibitive.

How much will it cost?

Unlike conventional computing where you pay for the hardware or software up front, Microsoft has announced a pay-as-you-go' pricing structure. For example, an hour of computing power will cost you 12 cents, while 1GB of storage will cost $0.15. On top of that, for every 10,000 transactions on the server, it will charge a mere one cent. This will enable companies to just pay for what they use and not have to make any initial investments in hardware.

What are advantages of using Windows Azure?

As ever, the one of the reasons for going with Microsoft is platform familiarity. Core to Azure is the .NET platform, which a great many developers are conversant with. Developers can create applications in Visual Studio, providing them with a very familiar development environment. It also supports standards such as HTTP, REST, SOAP, and XML.

If preferred, non-Microsoft languages and tools can also be used and at launch Eclipse, Ruby, PHP and Python are supported.

Another benefit is that developers can just worry about their applications and not have to worry about patching and updating the OS that's all taken care of by Microsoft.

Windows Azure is the OS that manages the compute power and storage needed for the cloud applications. There are a number of Microsoft services that sit on top of this, that companies can use if they wish.

These include SQL Azure, a cloud based version of Microsoft's database, Live Services, and hosted .NET services. Microsoft has said that Azure versions of SharePoint and Dynamics CRM are on the way too.