118 800, Phorm and Google have all been at the receiving end of British anger over privacy intrusions. 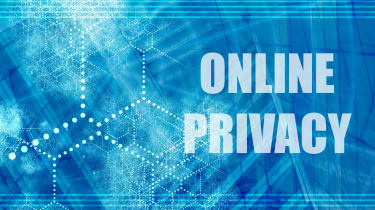 Pundits frequently cite the extroverted, sharing culture of Facebook, Twitter and the like as a sign that people today aren't worried about personal privacy online. They post drunken photos, mobile phone numbers and break-up timelines, the argument goes, so how can they object to a photo of their street or a bit of behavioural advertising?

Well, we do. We really do. Don't believe it? Just ask Phorm, Google, 118 800, Facebook and the government all of which have come face-to-face with public anger over perceived intrusions into their private lives and snooping around in their personal data.

Read on to see five cases where Britons have made it clear perfectly clear that privacy really matters to them.

Telemarketing is more than just annoying, it's also intrusive. It doesn't feel great to know your personal phone number is out there on some database. But it's even worse when that database is made public for anyone willing to pay up for access.

That's what has happened with 118 800. The mobile phone directory launched a few weeks ago with about a third of the phone numbers in the UK, causing panic among some people that their details would be made public.

The service offered a removal system, but so many people used it, the 118 800 site has been down for days, and looks set to stay down for a while at least.

"But what's interesting is how violently people now feel about their privacy," noted the BBC's Rory Cellen Jones in his blog. "In an age when many are apparently happy to share intimate details of their lives on social networks - even shots of their husbands in their swimming trunks - it seems that we feel our mobile numbers are uniquely private."

Google's size and scope and hold on our data means it frequently steps into the spotlight over privacy.

Its Latitude phone tracking system raised eyebrows, while its move to behavioural advertising attracted the attention of privacy campaigners. But it was its Street View service that angered a village.

The Street View car hit the UK last summer, snapping photos of homes and streets across major cities in the UK to add to the Google mapping system. While the ability to virtually walk the streets of London excitied some, others weren't so happy to have photos of their homes online for all to see.

The town of Broughton in Buckinghamshire didn't bother writing letters to the Information Commissioner, they just blocked their street when the Google photo car came through, eventually forcing it to turn around and leave.

Street View hasn't left, and has apparently managed to photograph Broughton, but Google will now surely think twice about privacy. We hope.

Drunken photos, relationship woes, bad spelling we're happy to post all of this to social networks like Facebook, so long as it's ours to delete and own.

Earlier this year, it quietly changed its terms and conditions. The new text suggested Facebook now owned all those drunken pictures. If we tried to delete them, they might not leave the Facebook servers.