Today in history: The birth of Windows Messenger

Windows Messenger has reached the heady heights of being a 10-year-old today. 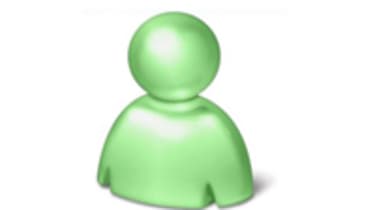 The online, real-time messaging service was launched on this day back in 1999. It quickly became very popular with more than two million of us sending their first instant message (IM) during the first 60 days after launch.

In 2006, the service was given a bit of a makeover and rebranded Microsoft Windows Live Messenger. It's now available in more than 50 languages.

As it stands today, according to figures from Microsoft, more than 330 million people use Live Messenger every month, with users posting more than four billion status updates each day.

In celebration of its 10th birthday, Microsoft conducted a poll to try and gauge what we view as the most iconic message of all time.

Unsurprisingly, Martin Luther King's "I have a dream" secured the top spot with 27 per cent of the votes.

Forrest Gump's endearing "Life is like a box of chocolates" came in second, with 18 per cent. Winston Churchill's "We shall fight them on the beaches" and Gone with the Wind's "Frankly my dear, I don't give a damn" received 14 and 12 per cent of the votes respectively.