The latest Android-powered handset, the HTC Hero, is now available on the Orange network. 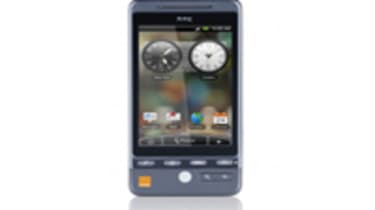 Orange is the first UK network to make the HTC Hero available to users, after much confusion over the Android-powered handset's launch date.

In recent weeks, availability of the device has been a movable feast. It was originally pencilled in for 15 July. That was then pushed back, although clearly Orange has managed to avoid such delays in bringing a graphite-coloured HTC Hero to its customer base from today.

Confirmation of the phone's arrival on the Orange network was via Twitter, highlighting once again the power of this medium. Click here for IT PRO's beginner's guide to Twitter for business.

The tweet has since been backed up by the appearance of the HTC Hero on Orange's website. It will be free on selected pay monthly contracts.

Back in June when the HTC Hero was announced, Orange signalled its excitement about securing the handset as its first Android device.

"We're really pleased to be launching our first Android handset in conjunction with HTC," said Orange's devices director, Francois Mahieu, in a statement.

"The first of several Android devices you can expect from us this year, we believe the Hero is a great all round device which will allow consumers to get to grips with all the things they love about the internet, whilst on the move. We expect it to be extremely popular when it hits shelves this summer."