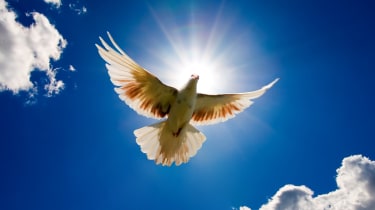 It is no accident that there are clusters of hi-tech companies in Scotland and in Cambridgeshire, for example. The attractions of links to Britain's second-oldest university prompted no less an organisation than Microsoft to locate R&D labs there, and the area has spawned hi-tech companies such as search algorithm developer Autonomy, chip designer ARM and Bluetooth and wireless specialist Cambridge Silicon Radio to name but three.

And there are rich seams of academic research that innovative companies can tap into, if they know where to look, according to Steve Maynard, a director of Zubed Geospacial, a software start-up founded by IT services company Triad Group.

"We are not about the pure science: we don't have access to all the semantic agents or web and mapping technologies ourselves. We are about applying these to make real applications," he said.

Without access to the research and semantic tools developed by the academic community - and which Zubed has been able to use on an open-source basis - it is unlikely that either the product or the company would have come into being, according to Maynard.

Snake in the grass

It would, though, be wrong to suggest that innovators in the IT sector have it all their own way. As Zubed's Steve Maynard points out, there is high-quality expertise in the UK research community, but it can be hard for outsiders to find out which research teams are carrying out relevant work. There is no "one stop shop" to connect ICT businesses and researchers, he says. Zubed turned to informal and personal networks to find research teams that, in the end, were based a few miles away.

Finding skilled staff to work on new projects is also a challenge.

Several universities have cut theoretical science courses and demand for places on "hard" degrees, including computer science and engineering, remains low. Gartner's Nick Jones suggests that this is a worrying trend, as a strong basic science base is needed as a foundation for the IT and telecoms industries.

Funding for postgraduate work is also difficult to come by, even for the brightest graduates, and employers also argue that the graduates they can attract, lack transferable the skills and business acumen needed to turn ideas into reality.