A late entry into the race, Ericsson has come out as the top bidder in an auction for Nortel’s CDMA and LTE assets. 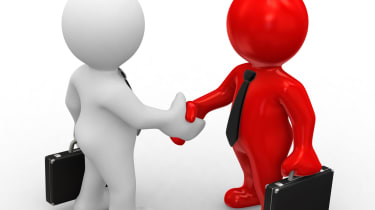 Ericsson has won the auction for Nortel's wireless assets, it was announced over the weekend.

An important part of the deal included an agreement from Ericsson to keep a minimum of 2,500 Nortel employees.

Magnus Mandersson, president of Ericsson CDMA operations, said: "Our two companies share a long-standing commitment to technological excellence and innovation, and we look forward to welcoming the Nortel employees into Ericsson. We are truly impressed with their continuing outstanding performance during these challenging times."

The deal is subject to court approval in the US and Canada and the companies confirmed a joint hearing would take place tomorrow.

Mike Zafirovski, president and chief executive officer of Nortel, said: "With today's agreement and through the anticipated sales of the company's other businesses, Nortel will leave its mark on the industry for decades to come."

A statement from Nokia Siemens following its loss said the company didn't go into the auction with a "win at any cost mindset" and acknowledged its bid was "opportunistic." The company does plan to continue its growth in the North American market.

However Ericsson has the upper hand on this geographical push, according an analyst from Gartner.

Jouni Forsman, vice president of Technology and Service Provider Research at the analyst firm, said: "Nortel's agreeing to sell to Ericsson will mostly have a North American impact. Ericsson prevents Nokia Siemens Networks from strengthening its mobile network position in North America and it strengthens its position versus Alcatel Lucent - the leading mobile infrastructure vendor in North America based on CDMA."

"Nortel is also a supplier to Sprint which should help Ericsson regarding its outsourcing deal with Sprint. Ericsson is significantly ramping up its North American presence between the Nortel and Sprint deals."

Nortel is also in the process of finding bidders for its enterprise level businesses with Avaya as the only runner so far. However, analysts from Gartner said counter bids could materialise before a deal with Avaya went through.