Downturn? What downturn? Life through a VC lens

Many have suggested you have to innovate your way out of a downturn. But if your budget has just been slashed – again – where do you get the money to do just that? Enter the venture capitalists (VCs). 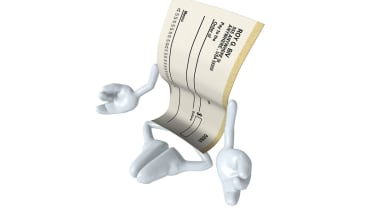 We've all heard those stories of people who've done good. Harry Potter creator JK Rowling being a point in case of someone who was struggling as a single mother to make ends meet and now has possibly more money than she knows what to do with.

The tech world is littered with similar success stories. Twitter was conjured up brainstorming, while Zuckerberg and chums came up with the phenomenon that is Facebook while hanging out as not so poor perhaps students at Harvard University. And let's not forget that HP started in a garage on Addison Avenue in Palo Alto, California.

But how do you take that fiver in your back pocket and turn it into millions? Often it takes borrowing someone else's money. But the banks are increasingly slamming their doors in businesses' faces so often the only solution is to rely on the kindness of strangers.

Nothing ventured, nothing gained

Venture capitalists (VCs) are the kind of strangers that everybody wants to talk to as they have a lot of money to invest in the right cause.

Take Ann Winblad, managing director of Hummer Winblad Venture Partners, for example. She started her own software company with a $500 investment. Now she invests larger sums than $500, naturally - in small software saplings with the hope of turning them into financially fruitful and strong businesses.

"Every week about 30 companies have meetings here," she said. "We keep an open mind and an open door."

But deciding where to put your money is not always that easy, according to Winblad.

"In venture capitalism we are, at best, pattern matchers. The visionaries have to be natural business athletes to some degree," she added.

"If someone has an ugly baby, you've got to say it's beautiful. But, at the same time, if you don't give them an honest [opinion] they'll keep wasting their time."

VC investment is big business. Silicon Valley, the heart of tech innovation, is VC city gobbling up almost a third (29 per cent) of the total US VC spend available, according to figures supplied by Orange Labs, San Francisco.

Alas, VC activity in the UK is believed to be a lot lower with estimates in the region of four per cent looking quite pathetic compared to US investment in start-ups and entrepreneurs.

But now is as good a time as any to start a new business, according to Winblad who recounted that when she first started selling packaged software, her company used second-hand machines that had previously been used for pizza, leading to some interesting smells of burnt cheese in her shrink-wrapping production line.

"It's not a bad time to start a company," she said. "It is more challenging to raise capital right now There are fewer active VCs right now. [But], there's always a good time to start the right company."

Fellow VC Tim Draper, managing director of venture capital at Draper Fisher Jurvetson, who counts Hotmail among others on the list of companies and products he's helped, agreed that the recession doesn't have to dampen the investment spirit too much.

"We recently decided to do the same number of deals but the amount of money that buys the same amount of a company is less," he said. "Things will go back to normal and the pendulum will swing back."

A large cash injection from a VC isn't the only way to boost the amount of money a company has to play' around with. You could also rely on the kindness of other types of strangers.

Take Wikipedia as a case in point. Its parent company the Wikimedia Foundation is a non-profit organisation that has big plans that are only limited by cash. It wasn't too proud to ask for handouts in its bid to remain ad-free and evolve its open source-based and community-focused projects. All very altruistic.