The government has unveiled the ID card for British citizens. 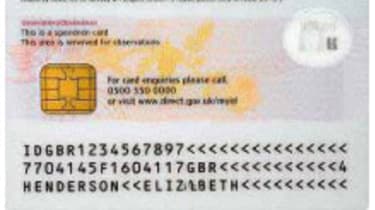 The government is continuing its push to create an ID card system in the UK, today unveiling the official card for British citizens.

Identity cards have already been issued to so-called foreign nationals students and spouses of Brits.

Similar to that card, the British version features the usual photo, name, date of birth and signature. It also has a chip that will hold fingerprints and data found on passports. Click here or on Gallery above for pictures of the card.

Home Secretary Alan Johnson confirmed the card can be used as a passport across Europe, and suggested it will be useful to prove identity and age.

Acknowledging public data security concerns, the Home Office stressed it would be creating an Identity Commissioner to watch over the scheme before it goes live.

People in the Northwest will be able to apply for the cards early next year, with the full system including the massive identity database going live from 2012. So far, just foreign nationals have the cards, but there are as yet no readers for them.