While the total mobile phone market is declining, smartphone shipments will grow by a quarter this year. 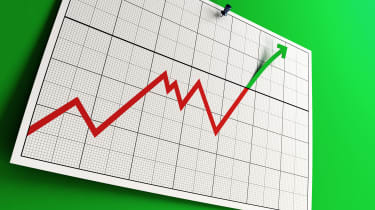 Smartphones are greatly increasing in popularity, bucking the overall downward trend of the mobile phone market, a report from analyst firm Ovum has said.

According to the report, smartphone shipments will have increased by 23 per cent over the period 2008 to the end of 2009. This growth rate is then expected to continue by nearly 20 per cent over the next five years, with smartphones accounting for nearly 30 per cent of the market by 2014.

GPS and Wi-Fi are now key technologies and of the 77 handsets monitored in the report, the former was present on 59 and the latter on 49.

"Operators still have a reluctance to admit Wi-Fi-equipped handsets onto their networks," said Ovum analyst Tim Renowden, "but... consumers now expect Wi-Fi to be present in smartphones."

The presence of GPS was great news for developers said Renowden, but admitted that, "so far few developers have taken advantage of this beyond basic navigation products."

Other hot technologies in smartphones were TV-out capabilities, though these are currently limited to the iPhone, as well as Symbian and Windows Mobile platforms.

TV-out is expected to become more prevalent once more powerful and media friendly chipsets such as Qualcomm's Snapdragon or Nvidia's Tegra start to appear in handsets.

Processing power and screen resolution are, not surprisingly, expected to increase. The report observed that most current devices are based on ARM11, but that ARM Cortex A8 will be used for the next refresh, with the multi-core A9 appearing in 2010. Intel, significantly, doesn't get a mention.

Areas that need to improve on smartphones were identified as Rich Internet Applications (RIAs) such as Adobe Flash, which is described as having patchy support, "and iPhone OS and Android currently do not support it at all." Other RIA's such as Adobe Air and Microsoft Silverlight also come under fire for having "zero" penetration.

The app store concept was criticised for having "limitless hype", but little substance, with only a handful of devices having pre-installed app clients. This is flagged as the next big thing though, as Blackberry devices, and the forthcoming Palm Pre will have on-device app stores, as will Windows Mobile 6.5 devices while Nokia has its Ovi store.