Following trials of the system, the bus company First is installing GPS technology in a bid to improve driving skills and help the environment. 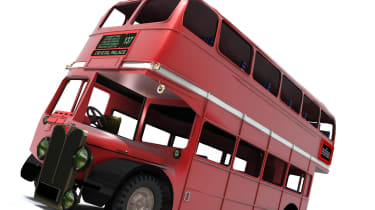 Made by US firm GreenRoad, the "DriveGreen" tech is able to detect a number of movements such as acceleration, braking patterns and speed handling. It then uses a traffic light system to inform the driver how well he or she is performing.

Jimmy Burroughs, spokesman for the Unite Union, said: "This will improve the working environment of the drivers. Any system that is put in place that helps a driver to self-assess and improve is a benefit."

Trials of "DriveGreen" began in March this year on 1,000 buses in London, Bradford and Glasgow.

Since those trials, First claimed it had seen a decrease of 70 per cent in the number of "unnecessary driving manoeuvres" from its drivers.

But the company also claimed ecological benefits to the scheme.

First said that with this level of improvement each driver would use about 500 litres less fuel each year, which would amount to 1.2 tonnes less CO2 emissions.

Nicola Shaw, director for First Bus in the UK, said: "The great thing about this project is that our drivers are the ones who can make a significant difference and they are real green champions."

"By changing their driving habits by just a small fraction then the gains in terms of environmental efficiency are huge, as well as in areas such as the cost of fuel to the business (which means we can keep bus fares down) and the safety and comfort of our passengers."

The rollout should be completed by mid-2010.