Windows 7 is ready for the PC manufacturers, but is RTM ready for business? 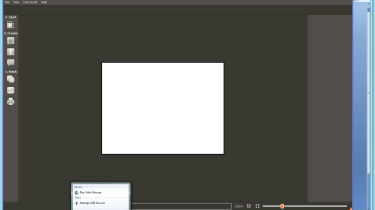 Some key business features in Windows 7 won't be available until you roll out Windows Server 2008 R2 (which is available on the same timescale); you need R2 and IPv6 (or IPv4 to IPv6 translation) for the DirectAccess feature that gives remote users connections to network shares and resources without a VPN and IT administrators a connection to push software updates and Group Policy settings whenever users are online. (If you're still using VPNs, the automatic VPN Reconnect feature will save a lot of frustration as you no longer have to remember to log back in to the VPN after you lose a connection). BranchCache caches content from R2 servers on a branch server or directly on PCs, so a slow branch connection isn't as much of a bottleneck.

These R2-based features require infrastructure changes. Deploying Windows 7 will obviously require testing and planning, but apart from low-level security and disk utilities there are very few compatibility issues with mainstream hardware and software.

Ready to roll out

Windows 7 performs well on existing hardware; you can expect much better performance than Vista on the same hardware, and Windows 7 runs well on Atom-based netbooks (file copy is faster than XP for example). At the very high end, many-core parallel processing for high-performance computing can take advantage of improvements in the kernel. System-level features like SuperFetch, service, driver and DLL loading and even the page file take fewer resources. Direct2D accelerates 2Dgraphics in the same way Direct3D has for games. And opening more windows no longer eats up system resources; the Desktop Window Manager uses video memory and it uses only half as much memory as in Vista, making systems much more responsive.

That does highlight one of the few compatibility issues with Windows 7; while ATI and Nvidia have the new WDDM 1.1 drivers for a wide range of graphics chipsets, Intel has been much slower to come out with drivers for older chipsets and we've seen screen corruption issues with some Intel graphics drivers. Even so, this is a much less significant problem than Vista's early driver issues.

Windows 7 really has something for everyone; it's competent and functional due to internal improvements and the user interface is attractive and good for productivity. The very public development cycle has resulted in the equivalent of an SP1 operating system at RTM.

Aside from the criticism that this was the OS that Windows Vista should have been, this is an undoubted success for Microsoft. With many features offering benefits for businesses and more efficient use of current hardware, is there any real need to wait for SP1 to deploy?