The weather's been so poor many of you will have spent your days indoors on the web, so here are some security tips to keep you safe this summer. 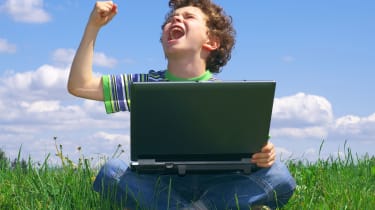 It won't happen as much this year as there isn't a big sporting event like the European Championships, Olympics or World Cup, but usually in the summer these are targeted by cyber criminals.

It's a regular thing - people will click on links offering tickets, of which cyber criminals will be behind and where they will steal information.

Next year the World Cup in South Africa is sure to be targeted.

Many users spend time downloading files, and there will always be malicious ones coming through, especially if they are using BitTorrent sites.

There has been a resurgence this summer due to Windows 7 and sharing of the release candidate, which surfaced on BitTorrent sites.

Sancho said that as soon as Microsoft published it, some people put it on torrent sites, with some versions being malicious.

"You would download Windows with a trojan inside," said Sancho.

There was also a recent incident where Mac users downloaded a torrent version of iWork that also held a Trojan inside.

Cyber criminals have targeted big budget and blockbuster movies in the past. They have used advertisements claiming that producers were giving away tickets, or other forms of social engineering, to spread malware.

"That happens in the summer, because a lot of people have more time on their hands," said Sancho

Previously, Harry Potter films have been targeted, with spam claiming to offer free passes to the movie.

Sancho continued: "The attachment was an executable survey which caused a user to be infected by a keylogger."