ISPs divulge comms data on half a million people

Government bodies have requested communications data on half a million people. 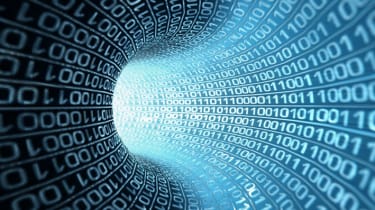 More than half a million communications data requests have been allowed under the Regulation of Investigative Powers Act (RIPA), according to a new report by the Interception of Communications Minister Sir Paul Kennedy.

The number is actually down slightly from the year before, the report noted.

Such data ranges from telephone and ISP subscriber data and the timing and recipient details of calls and emails, but not the content. The report said 80 per cent of requests were for subscriber information.

The government has previously wanted to gather all the data up and hold it one place, but has stepped back from those plans, instead requesting the data from ISPs and comms providers when needed.

The report provided no breakdown of which agencies were making the requests. "I do not intend to give a breakdown of these requests because I do not think that it would serve any useful purpose, although the intelligence agencies, police forces and other law enforcement agencies are the principal users of communications data," Kennedy said.

That said, 1,553 requests for communications data came from local authorities, according to the report.

Overall, there were 595 errors communication data request errors mostly related to mistakes with phone numbers. "This may seem a large number but it is very small when it is compared to the numbers of requests for data which are made nationally," Kennedy added.

Some 1,508 warrants were also issued for intercepts, or listening into calls or reading emails. There was 50 errors in such warrants this year - including one "deliberate" one - which was twice as many as last year. Kennedy said: "I consider the number of errors to be too high."

The Liberal Democrats weren't happy with the stats. Home Affairs spokesman Chris Huhne said: "The government forgets that George Orwell's 1984 was a warning and not a blueprint."

"Many of these operations carried out by the police and security services are necessary, but the sheer numbers are daunting," he added in a statement. "It cannot be a justified response to the problems we face in this country that the state is spying on half a million people a year."

A Home Office spokesperson said in a statement that balance is key. It stated: "It's vital that we strike the right balance between individual privacy and collective security and that is why the Home Office is clear these powers should only be used when they are proportionate."