Chrome OS – Lost in the cloud?

It’s no Windows killer and it'll take some belief in the cloud before Chrome OS can change things. 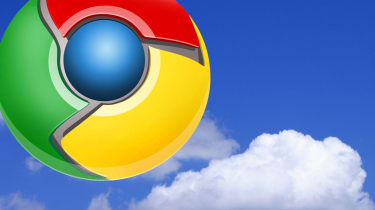 Google's Chrome OS has been pictured variously as a Windows killer and as the "last chance" for Linux on the desktop, but has a more coherent and straightforward purpose.

Google envisages a world where super cheap mobile devices provide instant access to web-based applications for users on the move, and there is no need to store applications, processes and data on the local device. Everything is out there, secure and sound, on a central server, accessible across the web. The central server may reside on the company LAN or belong to a web service provider, or may, at a stretch, be your home computer.

A cheap device that runs Chrome OS may be given away, leased or subsidised by internet service providers in much the same way as telecoms companies have made smart phones and other mobile devices accessible on the cheap.

Delivered in this way, Chrome OS has the potential to transform the way in which many people access the web, just as mobile phones have changed the way in which we talk and text across the airwaves, and has the benefit of being transparent and easy to use.

The idea is seductive, but has its shortcomings. You may not want your data out there for personal or business reasons. Your personal desktop gives you control, and no one who has been brought up on Microsoft Windows, virus holes, spam-filled inboxes and "security through obscurity" has much faith in network security.

Google has a vested interest in persuading us to put our lives on the web. In the ten years since its inception, Google has become the main option for searching the web, and whether the company likes it or not, "to google" has entered the vernacular as a verb, and we google as we hoover or reach for the kleenex. Google is synonymous with life on the web.

But Google's biggest asset is not its search techology per se, but the database of the web which is a by-product of its primary activity and is stored on the proprietary file system that it runs on countless thousands of cheap and cheerful Linux servers, estimated at 650,000 as far back as 2006, and growing by the day.

Google is not so much a search company as it is a cache of everything on the web. Google's primary technology is its file system, which has the capacity to store and serve terabytes of data, applications and processes at minimal cost.

Relative to the volume of data Google collects and stores, its running costs are minimal and its margins are tiny, but the cumulative revenue that is collected from the tiny pings of advertising distributed across the web is huge. The takings are imperceptible but incremental, and can be counted in googols of fractions of cents.

Google can afford to serve greater and greater volumes of data at minimal cost because of economies of scale. At the heart of the technology that makes this possible is the Google file system and the information it collates on every aspect of life on the web. The true potential of the Google file system is hardly tapped.

At one extreme, Google is the library of the web, an unparalleled repository for information, accurate and inaccurate, about everything and anything, that can be accessed instantly and at will, an encyclopedia at our fingertips. At the other extreme Google becomes the engine of the web, to provide the tools we use to process our data, and the storage capacity for that data.