RIM looks to bring BlackBerry to the masses with this affordable handset, but the 8520 brings some innovations of its own to the party. Does it do enough to impress us? 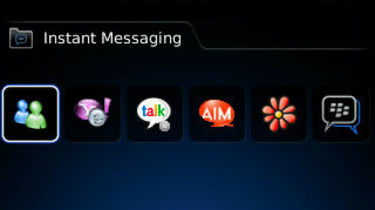 Before the likes of Apple stomped into the mobile phone market with the iPhone, BlackBerry pretty much had the business market sewn up thanks in the main to keyboard equipped designs and its unrivalled instant email support.

A couple of years ago, RIM started to increase the feature count adding Wi-Fi or GPS, with the Curve 8300 series and these proved very popular. Does this newest version of the Curve live up to the standards of its forebears as a must have corporate device?

The BlackBerry Curve 8520 is not at the high-end of BlackBerry's product line. It's a budget version which means compromises in certain areas compared to higher end models. For example, its screen resolution is only 320 x 240, and while it's adequate, it's noticeably less sharp and vivid than the one on the Bold 9000.

Also in an effort to slim down the device, RIM has decided to leave out both GPS and 3G. However, unless you're intending to browse a lot, the absence of the latter is less of an issue, due to the efficient compression techniques RIM applies to email.

However, even with these taken into account, there are certain elements that make this budget model a bargain.

The first thing to leap out at you is the lack of BlackBerry's signature navigation tool, the wheel. Instead the 8520 replaces this with a track pad that we found both responsive and simple to use, and in fact preferable to the ball of previous generations.

Perhaps the only criticism of it is that it's too responsive making it a tad over sensitive at times. Overall though, we see this change as a positive move for the model.

Yet the grease factor is a major issue with this phone. The casing is a mixture of reflective black plastic and now features a unique rubber frame which, although pleasing to the eye, seems to be in the wrong places. The shiny plastic is positioned for where you hold the phone leaving it to slip and slide and pick up moisture from your fingers and palms. The rubber however, which would have helped increase stability when holding the device, actually only covers the side and top mounted buttons.