New partnership will see Office on Symbian phones, in a move designed to challenge RIM's BlackBerry. 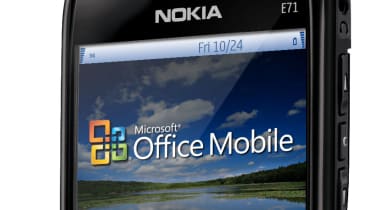 Microsoft and Nokia have outlined their new partnership, which will see the pair eyeing up Research in Motion's BlackBerry crown rather than Apple's iPhone.

The deal will see the pair work together to develop productivity software to run on Nokia's Symbian platform, moving Microsoft's Office suite onto the Windows Mobile competitor, according to a conference call with Microsoft business division president Stephen Elop and Nokia's executive vice president for devices Kai Oistamo.

Symbian devices can already use Exchange ActiveSync, and from next year, the deal will see Office Communicator Mobile head to Nokia handsets, too.

After that, Nokia Eseries smartphones will start shipping with other Office apps - such as Word, PowerPoint and Excel - and "software and services". It will also see Symbian users able to use SharePoint and other collaboration tools. The pair gave no timeline for when this second phase might occur.

The business-focused Eseries will be the first Symbian smartphones to ship with the Microsoft software, but Nokia said that will extend to other suitable handsets eventually. Nokia has some 200 million people using its smartphones.

Nokia's Oistamo was asked during the conference call if this was his firm's way of increasing its chances against Apple and it's iPhone. "It's way beyond just email, way beyond just Office," he said, saying it's more a "challenge for RIM rather than anybody else."

Asked if Nokia would ever release a Windows Mobile handset, Oistamo said his firm had "no such plans."

Click here to find out which is the best mobile platform for business and here for the top mobile productivity apps.