We look at 10 must-have iPhone apps for business professionals on the move. 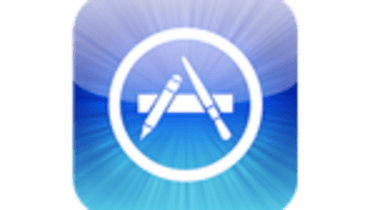 We've all seen the iPhone advert, where a slightly smug voice explains that whatever possible need you have, or situation you find yourself in, "There's an app for that."

However, within the bounds of reason, it's pretty much true. Not for the first time, Apple was taken to task by some individuals for the claim, but in a surprise break from the norm, Apple won the day, with the watchdog confirming that it was fair, as Apple's App Store has a much wider range of applications than any other smartphone platform.

While that also makes picking out the best 10 of anything pretty much impossible, we've had a go anyway and selected 10 of our favourite business apps that we think should be on every professional's iPhone.

It's one of the iPhone's major bugbears that it has pretty basic document handling, and Documents to Go is here to solve this. While it's been available on every mobile platform to date, it's taken its time to get to the iPhone.

You won't want to write your novel on the iPhone, but if you need to make small changes before meetings this app could prove very useful.

The app ensures that edits on your iPhone won't mess up your formatting, and you can sync to a desktop via Wi-Fi. An Exchange compatible version costs 5.99 (2.99 without), and if you buy now, you get a free Excel compatible app when it's released.

Evernote is a very smart application that lets you capture data - be it in text, audio, bits of web pages or even images - and keep it synchronised across multiple platforms.

There's a PC and Mac client, a web-based version and naturally the iPhone client. If you're possessed by moments of genius - we get that a lot - and have to record it, you can do so using Evernote. The benefit over using the built-in iPhone Voice Recorder app is that Evernote will beam it directly to your Evernote account, so you have it backed up and then access it from any browser.

You can even send your Twitter messages directly into Evernote to keep for posterity. Our favourite feature is taking a snapshot of say, a business card, using the iPhone's camera, and then being able to search the text within Evernote.

This app may be a bit London-centric, but it's an essential tool for anyone who has to commute in the big smoke. The first page gives you status updates on how all Tube lines are running, and a recent update now takes advantage of the iPhone 3.0 OS push notifications feature to provide updates even when the app isn't running.

A Tube map is included and helps you plan journeys, and it will even tell you where your nearest station in and show it to you on Google Maps. Finally, you can tap into the departure board at any station to see how long it is until you get to be squeezed inside an overcrowded airless carriage. All in all, worth its 59p asking price.