Week in Numbers: Stamping out spam?

Research reveals that many viruses leave PCs within 24 hours, and Opera releases its third beta for its Opera 10 browser. 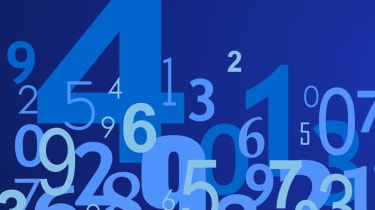 This week in the number-friendly world of IT, Yahoo csmes up with a noble way to tackle spam, Microsoft sold off its digital marketing agency, and a report suggested there are savings to be had by scrapping ID cards.

One cent - Almost 90 per cent of all email is spam - so what's the solution? Well, researchers at Yahoo have developed a system that places a one cent charge on emails, with all the proceeds going to charity. CentMail is currently in private beta, and sells 500 email stamps for five dollars.

Three - Opera, whose users now total in the tens of millions, unleashed the third beta for its Opera 10 browser this week, which the firm claims improves performance and stability.

Nine - Microsoft released nine patches to fix 19 flaws in its products this week, five of which were rated "critical".

24 - According to new research by Panda Security, over half of new security threats such as viruses, worms and trojans only last for 24 hours.

$530 million - Microsoft announced this week that it will be selling of its digital marketing agency Razorfish for a reported $530 million following its deal with Yahoo, which will see the web firm take the lion's share of the search adverting sales.

3 billion - According to a new report, if the government scrapped its proposed ID card system it would save them more than 3 billion. The proposed National Identity Scheme will apparently cost around 4.95 billion for the next ten years - unless the Tories get their way and scrap it, that is.