The quiet demise of Windows Vista 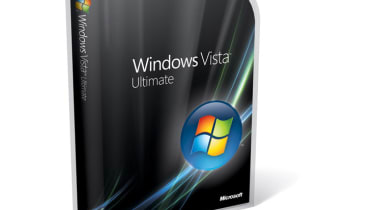 That's not to say, of course, that Vista has been a failure, rather a disappointment.

Dig beneath the headlines and there's a fine operating system to be found, albeit one with problems, and its take-up has been substantial. Yet it surely wasn't in the Microsoft business plan to be selling it side by side with Windows XP years after it was launched, and you suspect that there won't be quite the same howls of protests when the firm tries to discontinue it's support for the Vista operating system.

And that, perhaps, is why Vista seems to be quietly preparing to leave the stage, with Microsoft seemingly saying as little as possible about it.

There have, meanwhile, been plenty of discussions with regards Windows 7 as to how Microsoft appears to have listened to customer feedback, how it's taken on board criticisms, and how it's acted on them. But the firm's tactic on Vista appears to be keeping mum, short of ensuring that any buyers of the product right now get an upgrade voucher for Windows 7. That's a regular, and common sense, tactic, of course, and nothing out of the ordinary.

Digging through Microsoft's Windows newsroom at its own PressPass site, the last announcement it made with Vista in the headline was dated back to April 2008. Meanwhile, earlier this year, Microsoft was championing the XP Mode that's been specifically built in to Windows 7. That it makes such a feature of it tells its own story.

Granted, Microsoft is hardly likely to push heavy investment into a product that's on its way out, particularly one that hasn't been anywhere near the success that it would like. Yet it seems content to let Vista off the stage as quietly and quickly as possible, keen to draw a line under a challenging chapter in the company's history.

There's a very real possibility, after all, that in twelve months' time, it could be Windows 7 and Windows XP that lead it in terms of market penetration, certainly if the pre-orders for Windows 7 which are substantially outperforming Vista's, albeit aided by price promotions are any indication.

The big danger will remain, though, that Windows XP will be the operating system that still refuses to die, and strategically, that's where Microsoft will have to concentrate its persuasive efforts to convince businesses and individuals to upgrade.

After all, for a company that relies on an upgrade cycle to keep fuelling its business, it's unhelpful news that so many seem intent on holding onto a product, XP, that was released for the first time nearly eight years ago.

Vista, ultimately, has been a roadblock rather than an aid in getting people to relinquish XP. And we suspect that when the moment comes when Microsoft announces the cessation of technical support for Vista, those aforementioned protests will be a great deal quieter than they were every time it tried to get ride of XP.

Microsoft knows that too, and that's why now, the Windows 7 assault is more vital to the company than ever. And it's also, arguably, just as vital to put the whole Vista experience behind it. Just don't tell anyone it's doing it...